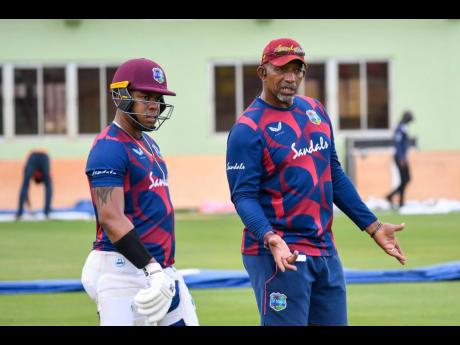 The West Indies cricket team will be hoping that the weather gods smile down on them today in Guyana as they look to get some action under their belt in the fourth and final T20 International against Pakistan at the National Stadium, starting at 10 a.m.

The host trail one zero in the now four-match series, and with one game to play, a win will be nothing less on the cards for the Phil Simmons-coached side, who look to square the series and share the spoils.

Inclement weather has taken all the limelight in the series, claiming two of the contest, with one game being removed from the schedule altogether.

The only completed match saw Pakistan winning the second T20 by seven runs, with captain Babar Azam opening with the bat in getting 51, and Mohammad Hafeez put in a Player of the Match performance, following a miserly spell with the ball, which saw him conceding just six runs from his four overs.

West Indies vice-captain, Nicholas Pooran, was also in good nick as he almost pulled off a remarkable run chase after hitting an unbeaten 62 in the West Indies’ total of 150 for four.

Jason Holder picked up four wickets and he is expected to come up trumps once again with the ball, with support coming from spinners Akeal Hosein and Hayden Walsh Jr.

With rain also in the forecast, the scenario is simple; win the toss, bowl first and hope to restrict the opposition to the fewest runs as possible and try to win the match in quick time before Duckworth Lewis can have a say.

The West Indies batting line-up could look similar to the one that started in the abandoned third T20, with Chris Gayle likely to open the innings again with Andre Fletcher following injuries to Lendl Simmons and Evin Lewis.

With head coach Phil Simmons still pondering batting positions in his final squad ahead of the World Cup later this year, Shimron Hetmyer will once again get a chance to impress in front of his home crowd and solidify that crucial middle-order spot.

A match-winning performance from the West Indies would not win them the series. However, a 1-1 draw would prevent Pakistan from winning their fifth consecutive T20 series against the West Indies since the sides first met back in 2011.