We expect Russell to be fully fit – Harper 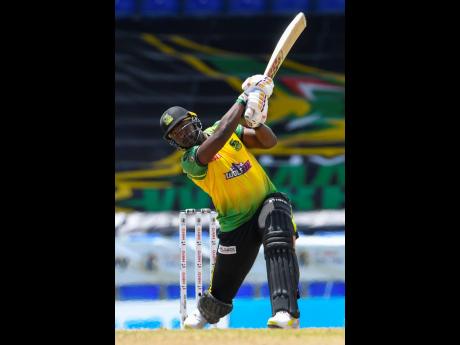 CHAIRMAN OF the West Indies selection panel, Roger Harper, says he expects explosive Jamaican all-rounder, Andre Russell, to be fit and ready for the regional side when they defend their International Cricket Council (ICC) T20 World Cup title, when the competition begins in just over a week in the United Arab Emirates.

The big-hitting all-rounder has been sitting out several games in the ongoing Indian Premier League (IPL) for his franchise, Kolkata Knight Riders, following a hamstring injury the St Catherine native picked up while playing against the Chennai Super Kings.

Harper said he was updated on Russell’s injury situation and he is confident that the man dubbed ‘Superman’ will recover in time to join up with the rest of the West Indies team, which is already in Dubai.

“We understand that he is progressing very well and we expect him to be fit for the World Cup. A fully fit Russell is always a great asset to the team,” said Harper.

Those statements were backed up by recent comments from the Knight Riders, who stated that the right-hander has been going through training and is expected to be ready for the team’s crucial eliminator against the Royal Challengers Bangalore on Monday.

‘FIRING ON ALL CYLINDERS’

KKR’s Instagram page posted a video with Russell hitting balls in the nets and wrote a caption stating: “Russell firing on all cylinders”.

Team mentor Mike Hussey confirmed that ‘Dre Russ’ could be back in contention for a place in the team.

“He had a fitness Test recently and maybe he is just a game away,” said Hussey.

“I think he will be pushing hard over the next few days to get back in the final, which would be a huge boost not only for us but for the tournament because he is world class and he provides lots of entertainment,” added Hussey.

In the meantime, lead selector Harper said the remainder of the players currently involved with the IPL will join up with the rest of the West Indies squad on October 16.

Several regional players who were not involved with the IPL left the Caribbean on Wednesday en route to Dubai, where they have been in a mandatory six-day quarantine.

The West Indies’ first involvement at the ICC World T20 tournament will be a warm-up match against Pakistan on October 18, before facing Afghanistan two days later.