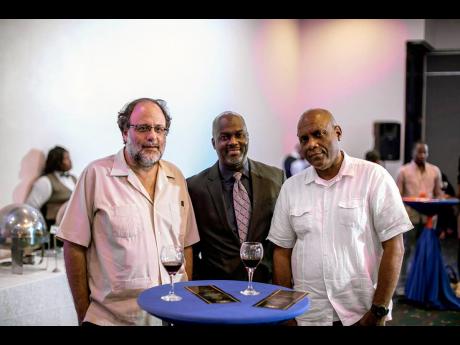 Davis, he said, will help continue the club’s youthful rebuild, which was started by his predecessor, Alex Thomas.

Davis was officially appointed yesterday to lead the South St Andrew-based club for next season after the departure of Thomas, who resigned on Friday after two years with the club.

With his hire, Davis will return to a club that he has familiarity with, having spent two years at the club from 2010 to 2012.

With Thomas’ sudden departure, Thelwell said the decision to bring Davis back in this capacity was not a difficult decision.

“It was a relatively easy choice because Mr Davis has been with us before and he was very successful with the youth team, the Under-23 and the Under-21s,” Thelwell told The Gleaner. “Because we are more focused on a more youthful side we thought that he would be able to do a lot of good with this present set of players.”

Davis’ appointment ends a three-month hiatus that started last July, when he was fired from Mount Pleasant Academy shortly after the start of the 2021 Jamaica Premier League season.

He now takes over a team that failed to make the play-offs last year, only managing to win two of their 10 regular season games.

Davis says that with the year-long hiatus of local football because of the COVID-19 pandemic, he feels that he can help to shape the young core into a strong unit to consistently challenge for titles, as well as make their own mark overseas.

“That is the whole idea, to change the whole football. We need to get the brighter youths (out there). As you see how football is in Jamaica right now, it’s been down and we need to focus on the youths to bring it back where it was,” Davis said.

It is a rebuild that Thelwell acknowledges Thomas for starting during the last campaign.

“We want to thank Alex for the role he has played in the restructuring of the team towards a more youthful set-up, and also the development and adapting a style for play of the club,” Thelwell said. “We wish him all the best. Alex will always be a part of the Arnett Gardens family.”

While not indicating the specific length of his deal with the club, Thelwell says that they are confident in being able to execute the long-term plans for Arnett Gardens with Davis at the helm

“We have a long-term plan and as long as we share the same vision we will do well together. Davis is familiar with the philosophy, he is comfortable with it and he shares the same philosophy,” Thelwell said.