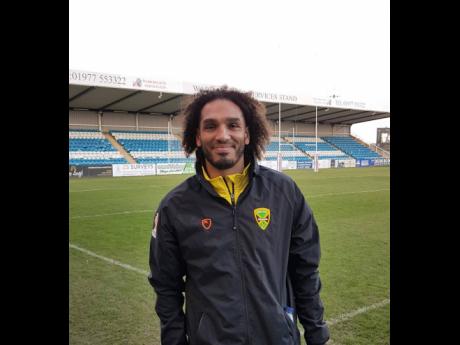 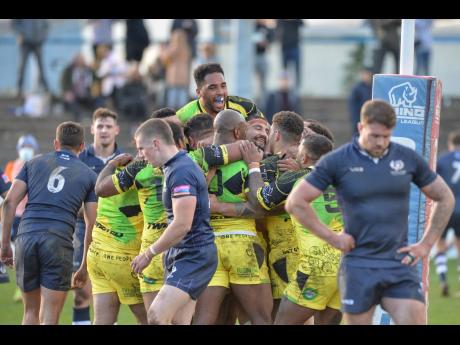 Jamaica Reggae Warriors lead coach Jermaine Coleman has said that it’s vital that his squad keeps its unity ahead of the 2021 Rugby League World Cup, postponed and now scheduled for late 2022 due to COVID-19. Coleman’s team is the first Caribbean...

Jamaica Reggae Warriors lead coach Jermaine Coleman has said that it’s vital that his squad keeps its unity ahead of the 2021 Rugby League World Cup, postponed and now scheduled for late 2022 due to COVID-19.

Coleman’s team is the first Caribbean nation to qualify for the final stages of the competition, which dates back to 1954.

Jamaica beat Canada and the USA to progress to the last 16 and recently lost heavily to England Knights (a young England select) before a sterling comeback to draw 30-30 with Scotland in Yorkshire last weekend.

Coleman, who watched his side battle back from 30-10 down with four unanswered second-half tries, is determined to keep the momentum going, despite hurdles put in the way by domestic competitions involving most of his players.

The 39-year old London-based coach, whose father is Jamaican born and bred, says, “The America game still ranks as the best experience we have had, but the Scotland game is certainly up there somewhere.

“The Scotland team was a similar make-up to ourselves – a combination of Super League players, Championship players, and a few from League One (in Britain).

“Both sides had a number of players missing, so have some more to bring in.

“There’s an international week scheduled for next year and I think we will have a game during that.

“It’s going to be a busy year with 27 weekends of Super League games scheduled in England and additional Challenge Cup rounds, so it will be difficult to get everyone together but, with COVID, so much has changed now and we will have Zoom meetings and Zoom coaching sessions.

“That’s the way to keep our group in touch and together and when we do get the opportunity to meet physically, it’s a group of brothers – we are family – and I’m sure that will show again when we get on to the pitch.”

Australia and England (originally playing as Great Britain) have dominated the 15 previous editions of the World Cup, with New Zealand forming a formidable trio in recent years.

The Kiwis are among Jamaica’s opponents in Group C, which also includes the Lebanon and Ireland, and Coleman believes that his squad has now proven its ability to compete in the early stages of the competition.

“The game (against Scotland) was a huge difference to that one against England Knights,” Coleman, who is set to be in charge of Championship side London Broncos next season, said. “We had a big talk afterwards about what was true to us and what got us to where we are.

“We spoke about togetherness, camaraderie and the effort that we were willing to put in for one another and in the second half (against Scotland) we showed that.

“We took a lot out of going to America and qualifying for the World Cup by winning there.

“We took a lot out of the first game against England Knights (in 2019) and I think the second game two weeks ago was a bit of a kick up the backside and maybe what we needed to get things back in perspective. It showed us where we were missing and what we needed to do in order to get where we want to be.

“We are now aware of what we have to do to be competitive at the international level.”