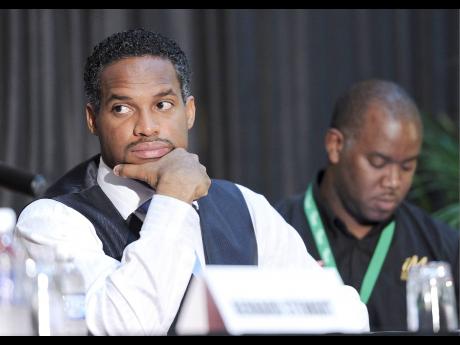 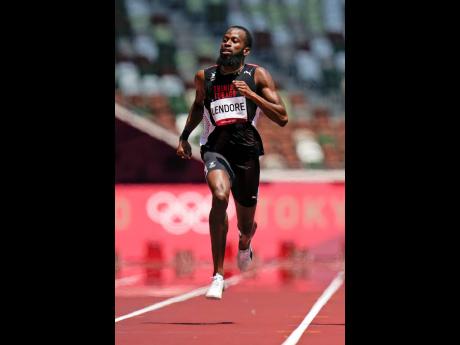 AP
FILE – Deon Lendore, of Trinidad and Tobago, competes in a heat in the men’s 400-metre run at the 2020 Summer Olympics, on August 1, 2021, in Tokyo. Lendore, 29, a former Olympic sprinter and bronze medallist for Trinidad and Tobago and NCAA champion at Texas A&M, was killed in a head-on collision in Texas, state police said, Tuesday, Jan. 11, 2022.
1
2

The tragedy and his consistent contribution to the twin-island republic’s success in the 4x400 have led 1997 World 200-metre champion Ato Boldon to recommend that Lendore be honoured at home.

Speaking days after his compatriot was killed in a multi-car pile-up in Texas, Boldon said, “I would really like to see something named after him so that generations of athletes and people from T&T can say, if they don’t know of him, ‘who was this Deon Lendore’, and his name lives on, because I think he’s given such yeoman service to the country.”

Lendore ran in three Olympic Games and helped to revitalise the country’s dormant 400 and 4x400 traditions. He won individual NCAA indoor and outdoor titles for Texas A&M University in 2014, where he was an assistant coach at the time of his death. He set his personal best – 44.36 seconds – during the same season.

The only Trinidad and Tobago men ahead of him are Olympic fourth-place finishers Machel Cedenio and Ian Morris.

“On paper, he’s the third fastest ever but I don’t think that really adequately measures what he has given because as a coach you realise that you have athletes on a team you’re not too sure about them, but you have others you can count on,” Boldon expounded.

“But to me, Deon and Machel Cedenio, those two were the ones who, you know, you put a baton in their hands, they are going to excel. So he really was special in that regard in terms of how much he could be counted on. He was really a reliable force for so long.”

Boldon is right about that. According to www.alltime-athletics.com, Lendore produced 20 sub-45 relay splits during his career in races where the statistic were available, with eight of those being under 44.5. The last one was a smart 44.3 second first leg for Trinidad and Tobago in last year’s Olympic final in Tokyo, Japan.

The former Queens Royal College high school star ran almost every leg for his country after being on anchor almost all the time for Texas A&M with whom he anchored an NCAA win in 2014.

Before 2012, when Lendore anchored his team to third, the last Olympics in which Trinidad and Tobago won a 4x400 medal was held in 1964.