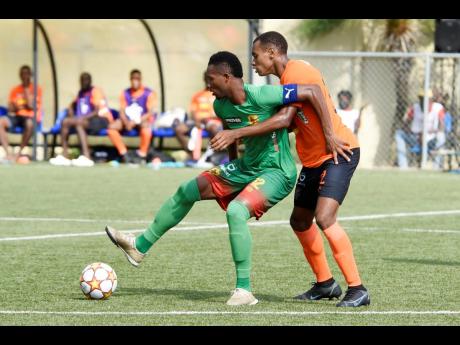 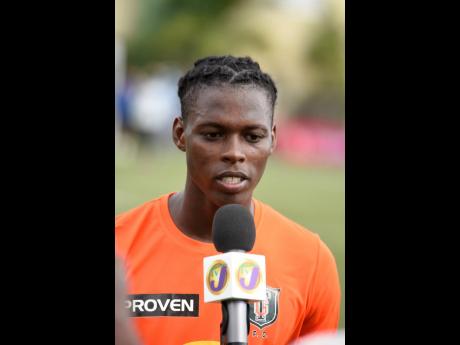 Tivoli Gardens (TG) forward, Warner Brown, scored for a second straight week in the Jamaica Premier League (JPL), to help his team to come from behind twice to earn a 2-2 draw with Humble Lion at the UWI-JFF Captain Horace Burrell Centre of...

Tivoli Gardens (TG) forward, Warner Brown, scored for a second straight week in the Jamaica Premier League (JPL), to help his team to come from behind twice to earn a 2-2 draw with Humble Lion at the UWI-JFF Captain Horace Burrell Centre of Excellence yesterday.

Andrew Vanzie fired Humble Lion in front after 32 minutes but Brown equalised on the stroke of half-time.

Shamari Dallas restored the Clarendon team’s lead in the 51st minute but Brown ensured a share of the points with a 75th-minute volley.

Brown, 19, missed his final year of Manning Cup because of the coronavirus pandemic in 2020. He scored on his JPL debut in a 1-1 draw with Portmore last week. And his two goals yesterday were again crucial in earning a second successive draw. The former St Andrew Technical High star now hopes to stay ahead of the chasing pack in the goalscorers race.

“It’s a great individual performance but I could not have done it without the team because teamwork makes the dream work,” said Brown, the league’s leading scorer with three goals.

“It has been a good performance (in league) so far. I have been setting the pace and I hope to continue when we play the next match. I just want to do my best and get as many goals as possible. And I am at least aiming for double digits this season,” he added.

Coach Philip Williams said the striker is adjusting well to the Premier League. However, he thought sloppiness in midfield cost them the points.

“We played a very solid game and the players did well to come from behind two times,” Williams said.

“We were, however, sloppy. We gave them too much room as we were not marking well. Also, when we had the ball, we weren’t moving. So those areas, we have to work on for the next game. Unfortunately, we didn’t get three points but what the guys did to come back was pleasing and positive,” he added.

Tivoli were the better team early in the game and had a great chance through Horatio Morgan. But it was Humble Lion who took the lead when Vanzie slammed home a loose ball from a corner in the 32nd minute.

Five minutes into the second half, Humble Lion restored their lead when Dallas fired home to give them a 2-1 lead. But Brown who was at the heart of most of the good things Tivoli did grabbed another equaliser. Fifteen minutes from full time, he volleyed home a right side cross.

Humble Lion coach, Andrew Price, said it was a much-improved display from his team who suffered a 5-1 drubbing last week. He also thought they should have taken all three points.

“We played much better than last week. We led twice and I felt we should have closed the door and not allow Tivoli back in the game.

“That was lack of concentration. Football is not just about going forward but about defending properly and once we start playing both sides of the ball properly we will start seeing better performances,” he said. Tivoli are on two points from two games while Humble Lion have a point from their two games.

In the second game of the day, 10-man Mount Pleasant turned back Harbour View 1-0, thanks to an added-time goal from substitute Sajay Anderson. The winners played with 10 men for the entire second half. Kevaughn Isaacs was shown a second yellow card in first-half added time.