Ten Hag has vision of ‘unified’ and ‘entertaining’ United 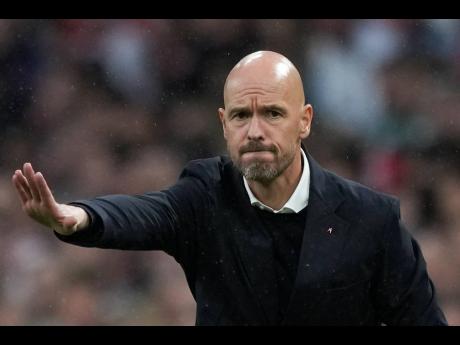 Erik ten Hag has set out his vision for Manchester United after being presented as the fifth manager in nine years at a fallen giant coming off their worst ever season in the Premier League.

“The current situation is obviously not that good. It’s a big challenge,” Ten Hag said yesterday when he made his first visit to Old Trafford.

The previous day, Ten Hag was at Selhurst Park to watch United lose 1-0 at Crystal Palace to conclude a fifth straight season without a trophy and finish the league in sixth place on 58 points – its lowest total since the Premier League was created in 1992.

United have resembled a dysfunctional club this season – on and off the field – and Ten Hag will front a huge rebuilding job after joining from Ajax, which he returned to the summit of Dutch football by adopting the attacking philosophy of the team’s most famous player, Johan Cruyff.

He wants to do the same at United in a bid to end its longest trophy drought in nearly 40 years, with their last piece of silverware being the Europa League in 2017.

“I want to build and construct a team who are battling for each other, who are unified and who will get results,” he said. “Also, we are playing in the ‘Theatre of Dreams’ – we want to entertain. But in the end, the intention is to play fantastic football. If we can’t play fantastic football, we still have to win.”

Ten Hag spoke of the “fighting culture” that marked past United teams and said that there is clearly potential in the current squad, given that it finished second in the league in the 2020-21 season.

This season, United were 35 points behind champion Manchester City.

“It’s a process,” Ten Hag said. “It will take time, but I’m convinced we will come to that point where we get success. We have to work hard, and it has to be based on the right philosophy and strategy.”

Ten Hag made sure to keep a link to the great United teams led by Alex Ferguson when choosing his backroom staff.

Steve McClaren will be one of Ten Hag’s two assistants, with the former England coach returning to Old Trafford for a second spell after being the No. 2 to Ferguson from 1999-2001 – when United won three straight league titles.

“This club has a great history,” Ten Hag said. “Let’s now make a future. I’m really excited to do that.”