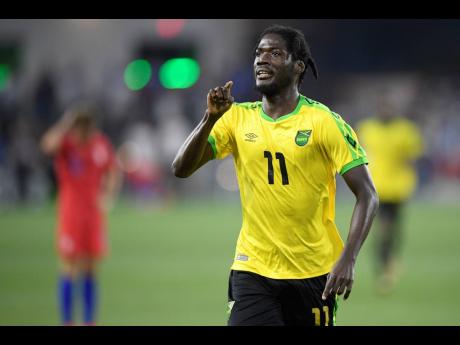 Spartak Moscow striker Shamar Nicholson gets his first international call up since last November as a provisional squad for their Concacaf Nations League campaign was released today. Nicholson was not called on for the January or March windows as Jamaica completed their World Cup qualifying campaign.

Seven players who were called up for yesterday's Catalonia friendly have been named in the squad including Junior Flemmings, Oquassa Chong, Kenroy Campbell, Rolando Aaron and Kaheem Paris. Bournemouth's Jamal Lowe also gets a recall to the team, his last appearance being on October 10 in the 0-0 draw with Canada.

According to a release from the JFF, three more names will be added to the final list. Jamaica will open their campaign against Suriname on June 4.