I am comfortable with my game at the moment – King 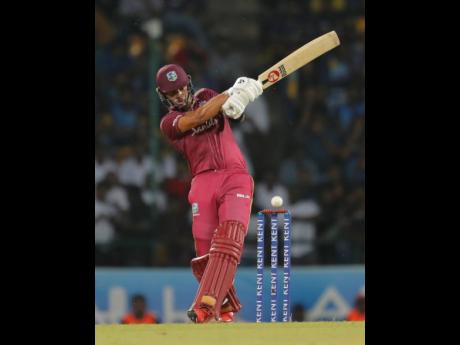 Jamaica and West Indies batsman Brandon King says he is hoping that he can continue to ride the purple patch he is currently in, following his Man of the Match performance against the Netherlands which saw the West Indies win the second One Day International (ODI) by five wickets in Amstelveen yesterday.

King stroked a career-best unbeaten 91 from 90 balls to guide the West Indies to 217 for five in 45.3 overs, chasing 215 for victory. The right-hander hit nine fours and three sixes, as he and Keacy Carty, 43 not out, guided the team home to seal an unassailable two-nil lead in the three-match series.

For King, the comfort level that he is feeling at the crease is continuing to bring success, as he is yet to be dismissed in the last three innings he has played.

The Kingston Cricket Club batsman racked up an unbeaten 119 for the Jamaica Scorpions against the Windward Islands Volcanoes in the third round of the West Indies Championship. He then jumped straight into the One Day set-up with the West Indies, scored an unbeaten 58 in the opening ODI against the Netherlands, and followed that up with his unbeaten 91 in the second match yesterday.

“As cricketers, you know, when times are good, you have to try and cash in and make sure you get as many runs as possible. I feel good out there, so I am just trying to capitalise on that good form,” said King.

King is also embracing his new role in the West Indies white-ball set-up, where he is now asked to bat in the middle order rather than open the innings, which he had done in previous internationals.

“Part of my strength is adapting to whatever is best for the team. I can bat anywhere in the top six. This is a new role given to me, but it is not unfamiliar, because I am a middle-order batsman first and foremost and I am comfortable in this position.

The win for the West Indies has now seen them jump into the top half of the ICC Super League ODI table, and King is keen on continuing to rack up more points, with tougher assignments on the horizon.

“These points are extremely important because we have not been having the best of fortunes recently in this format of the game. It is great to come away with a series win and, hopefully, we can carry this into the last game and the next series.”