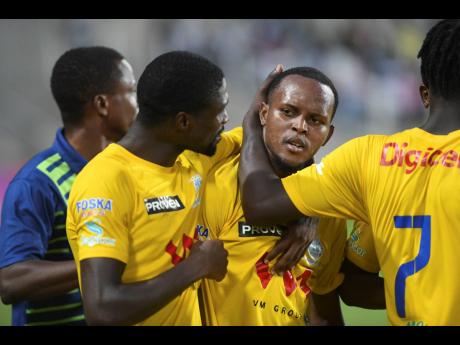 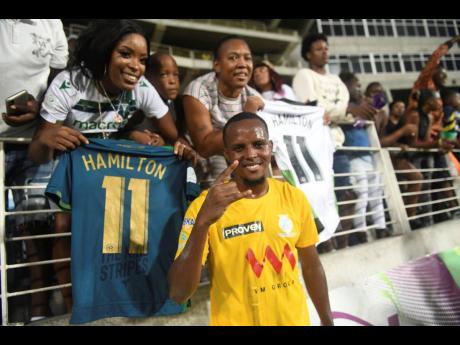 NICHOLAS HAMILTON turned in another super-sub performance in the Jamaica Premier League (JPL) semi-finals, following up his wonder strike in the first leg with a crafty 84th-minute goal in the second on Wednesday at Sabina Park to earn Harbour View a 1-1 draw and a 2-1 aggregate win to book a place in Sunday’s final.

Shaquille Bradford fired Waterhouse in front and levelled the tie on the stroke of halftime.

However, Hamilton would have the last word as he wormed his way past a host of defenders before finding a way past Kemar Foster in goal.

“Coming back after my overseas stint, my aim is to get into the final and try to get a move overseas again. I came out here today (Wednesday) knowing I had to get into the final. Waterhouse is the team I score the most goals against in the Premier League, and I haven’t had a good season, so the plan was to come into the semi-final and step up big against this Waterhouse team,” Hamilton told The Gleaner.

He said even though he was being hassled by three defenders, he kept his cool until he found the opening to strike.

“In the box is where you have to keep your cool. My favourite striker is Ronaldo, R9, and in the box, he always keeps his cool, so when I cut in the box on my left, the chance wasn’t there, so I had to come back on the right, and I saw the slightest chance for a toe-poke, and I managed to get it into the far corner for a goal. I have never been to the final. Waterhouse beat me the last time in the semi-final for Cavalier, so I know what it takes, and I had to come out and do the job,” he said.

Waterhouse started the better of the teams and asked the most questions for the first 30 minutes. However, Harbour View came into their own in the last 15 minutes of the half.

Denardo Thomas had a chance for Waterhouse when a deflected ball fell kindly to him, but he scuffed his shot from 18 yards.

Trayvonne Reid then came close when he flashed a shot across the face of the goal while Timar Lewis kicked over the bar from 12 yards with no pressure for Harbour View.

However, Waterhouse nudged in front when Ajeanie Talbott failed to deal with a ball over the top, and although goalkeeper Anthony Bennett made the initial save, the loose ball fell to Bradford, who slotted into an unguarded goal.

Moments later, Ricardo Thomas could have added a second when he broke away but dragged his shot wide.

Both teams went at it after the break but had nothing to show in terms of chances although Waterhouse had the better looks at goal.

Then, like he did last week, Hamilton came off the bench, and with six minutes to go found the crucial goal, sending Harbour View into their first final since 2014.