Tallawahs plan on spinning their way to CPL title 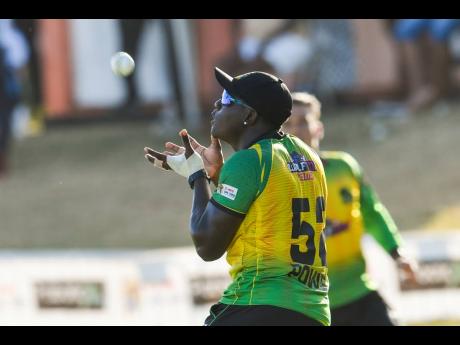 JEFF MILLER, chief executive officer (CEO) of two-time Caribbean Premier League (CPL) champions, Jamaica, believes in the team his staff has picked to take on the 2022 edition of the competition.

During the recently held CPL Draft, it was noticeable that the Tallawahs only picked two fast bowlers for the tournament in Jamaican Nicholson Gordon and Pakistani Mohammed Amir.

But according to Miller, the “lack of pace” is no accident.

“I think based on the four venues that the tournament will be held (St Kitts and Nevis, St Lucia, Trinidad and Tobago, Guyana) we have a good squad that will be accountable to bring a third championship,” said Miller.

The four venues Miller speaks about, St Kitts and Nevis, St Lucia, Trinidad and Tobago, and Guyana, provide some of the slower wickets in the region, wickets that do not tend to aid fast bowling but are more helpful to spinners.

“We believe that we have a good team, the coaching staff did a great job in identifying the players for this year,” said Miller.

The team does have medium pacers in the form of a number of all-rounders but is hopeful that these players provide more firepower with the bat for the Tallawahs.

“I think Pretorius is a batsman, Reifer is a batsman, Amir can handle the bat. I think the fast bowlers that we have, have the capability of also batting at the latter stage of the innings,” Miller said.

But one of the most important cogs in the Tallawahs wheel for Miller, though, is the return of Jamaica Tallawahs captain, Rovman Powell.

“Rovman has made tremendous strides from last year. I’m very proud of him, and all of us should be proud. He has put in the work and this only shows that if you put the work in, you are going to get the results, and he has done that and congrats to him.”