Boyz get ready for opening match in Austria 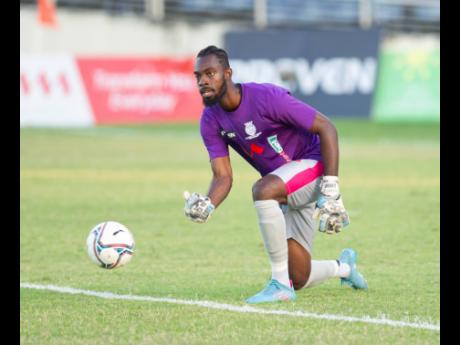 With concerns lifted over the status of the four-team tournament in Austria involving Jamaica’s senior men’s national team, the Reggae Boyz are expected to have their full complement of players available by this weekend.

The camp was boosted with the arrivals of Amal Knight, Trayvone Reid and Colorado Murray of the reigning Jamaica Premier League champions Harbour View after reportedly experiencing travel issues on their way to Austria. The trio were initially denied permission to travel by immigration officers, based on the visas that they had. However, the issues were rectified and the trio arrived yesterday in Vienna ahead of the tournament, joining the 20 players that are already in the country and have begun preparations.

JFF press officer Earl Bailey confirmed that the remainder of the 27-man squad that was called up for the friendlies is scheduled to arrive on the weekend, with three players expected to arrive today and veteran defender Adrian Mariappa to arrive on Sunday.

The news comes as fears had to be alleviated over the commencement of the tournament as reports surfaced on Wednesday that the four-nation tournament, which includes 2022 World Cup participants Ghana, Morocco and Qatar, was cancelled because of visa issues experienced by several players. However, Jamaica Football Federation (JFF) representative in Austria, Winston Clarke, refuted such claims, stating that Qatar and Morocco have already arrived and Ghana were scheduled to arrive yesterday.

NO TRUTH TO RUMOURS

“There is absolutely no truth to the rumours that are going around, and we are delighted because, of course, the teams here are ready to go and we are looking forward to playing these three games,” Clarke said.

The 20 players who are already in Vienna participated in a training session yesterday as they prepared for their tournament opener against Ghana tomorrow at Stadion Weiner Neustadt at 10 a.m. Jamaica time. Interim senior men’s head coach Paul Hall is unavailable for the tournament because of club commitments with Queen’s Park Rangers, who have already started the English Championship season. The friendlies are taking place outside of the designated FIFA international window, and Merron Gordon is in charge of the team in Hall’s absence.

Discussions are still ongoing with Hall regarding his full-time appointment as Reggae Boyz coach.