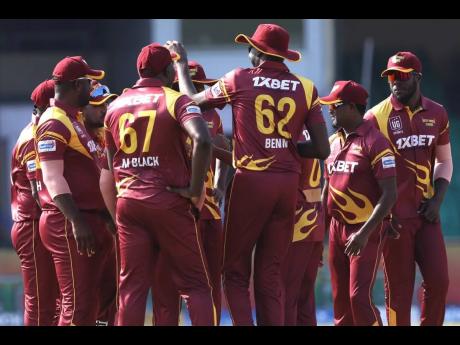 Chasing 173 at Shaheed Veer Narayan Singh International Stadium, the Caribbean side came up short at 158 for seven off their 20 overs, to lose by 14 runs to Sri Lanka Legends.

The 39-year-old Deonarine, who played 18 Tests and 31 One-Day Internationals, struck 63 from 39 balls batting at number three while opener Dwayne Smith chipped in with 23.

Sent in earlier, Sri Lanka Legends managed a challenging 172 for nine off their 20 overs with Ishan Jayaratne top-scoring with 31 from 19 balls, opener Sanath Jayasuriya getting 26 from 19 deliveries and Jeevan Mendis, 25 from 15 balls.

Sri Lanka Legends lost wickets regularly to be 87 for five before Jayaratne and Mendis combined in the best stand of the innings – 37 for the sixth wicket – which bolstered the innings.

In reply, maestro Brian Lara hammered four fours in an 11-ball 17 before perishing in the third over with 20 on the board, but Deonarine arrived to strike four fours and four sixes in a 45-run second-wicket stand with Smith, lifting the innings.

When three wickets tumbled for three runs in the space of seven balls, Deonarine stepped up again to put on 54 for the fifth wicket with Danza Hyatt (17) but the effort fell just short.