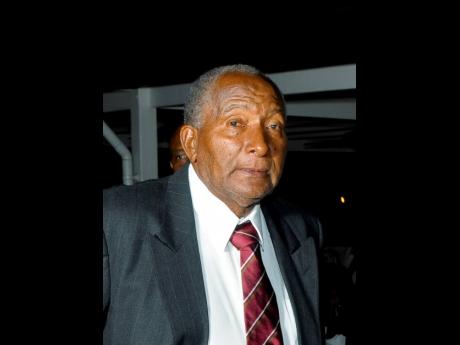 Test legend Sir Andy Roberts has again pointed to the lack of “personal development” by players as central to West Indies’ run of poor form but has also criticised the coaching staff for their lack of innovation.

Speaking in the wake of the Caribbean side’s shock exit from the ongoing Twenty20 World Cup in Australia, Sir Andy said there was little coaches could do if players were not willing to take responsibility for their own form.

“I have said all the time, my emphasis is not so much on coaching. My emphasis is on the players improving themselves because there’s nothing the coach can do if the players cannot perform,” Sir Andy told Starcom Radio’s Mason and Guest cricket show.

“I’ve said it more than once – our players need to embark on personal development. They have to develop their game.”

West Indies were installed in Group B of an eight-team qualifying series but failed to get into the top two in order to qualify for the Super 12s, finishing last on two points.

The Nicholas Pooran-led unit crashed to a heavy 42-run defeat to Scotland in their opener before rebounding to beat Zimbabwe by 31 runs in their second match.

Needing to win their final game against minnows Ireland, West Indies slumped to a comprehensive nine-wicket loss, to tumble out of the tournament.

Only one batsman – Brandon King – scored a half-century while none managed an aggregate above 80 runs in the three qualifying games.

Sir Andy, who prior to the tournament said West Indies would struggle to qualify, also chided the lack of imagination shown by the Phil Simmons-led coaching staff.

“The only problem I have with the coaching staff is that they don’t try anything different,” Sir Andy contended.

“That’s the only problem I have with the coaching staff … they stick to the same script. You have to try things.”

Simmons earlier this week tendered his resignation and will depart the side following the two-Test series against Australia next month.

Cricket West Indies president Ricky Skerritt said a post-mortem of the side’s performance would be carried out on “all aspects of our World Cup preparation and performance”.