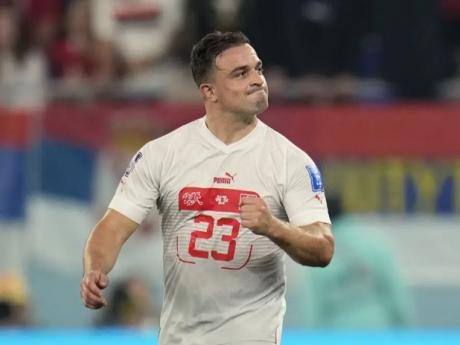 DOHA, Qatar (AP) — Switzerland advanced to the last 16 of the World Cup for the third tournament in a row after a 3-2 win over Serbia on Friday.

They will next face Portugal on Tuesday at Lusail Stadium.

Xherdan Shaqiri put Switzerland ahead early in the first half before Aleksandar Mitrovic and Dusan Vlahovic responded for Serbia.

Switzerland needed a win to guarantee itself a place in the knockout round after beating Cameroon and losing to Brazil in its opening two games.

The team reached the round of 16 at the 2014 World Cup in Brazil and again four years later in Russia. They lost 1-0 in both matches, to Argentina and Sweden, respectively.

Against Portugal, the Swiss will be looking to reach the quarterfinals for the first time since hosting the competition in 1954.