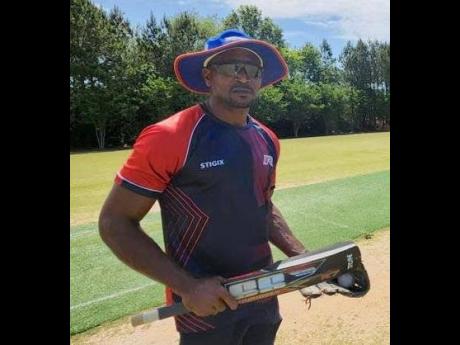 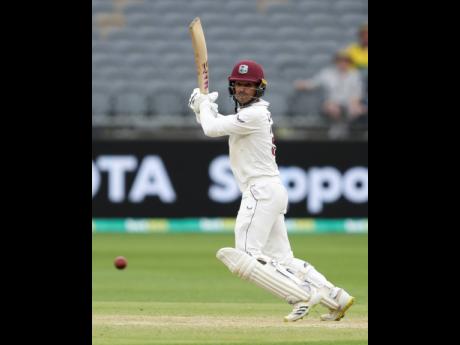 AP
West Indies’ Tagenarine Chanderpaul on the go during the second day of the first cricket Test between Australia and the West Indies in Perth, Australia yesterday.
1
2

Former Jamaica and West Indies batsman Brenton Parchment says he is liking what he is seeing so far from new West Indies opener Tagenarine Chanderpaul in the opening Test against Australia currently under way in Perth.

The Guyanese has so far endured a torrid debut Test from the Australian fast bowlers, and Parchment says he believes the left-hander has the right temperament to flourish at the international level.

“From what I have seen, I think he has the right mindset. People may question his technique, but I believe you have to own your technique and find a way to get the job done,” said Parchment.

Chanderpaul is the latest opener to partner captain Kraigg Brathwaite, with the West Indies having also tried Kieran Powell, John Campbell and even a brief stint with Jeremy Solozano at the top of the order.

Parchment, who played two Test matches for the West Indies, including his final Test against Australia at Sabina Park in 2008, said young Chanderpaul is the perfect foil for the regional side at the top of the order.

“What I like most about him is his mental toughness, even as the Aussies tested him a few times with the short stuff. The fact that he didn’t back down tells me he has a lot of heart. The willingness to fight tells you that we have someone who knows what they want,” added Parchment.

Parchment, who made his debut tour with the West Indies to South Africa back in 2008, said he too was also tested as a rookie opener against the likes of Dale Steyn, Makhaya Ntini and Shaun Pollock.

The right-hander said that even though he was not overawed by the occasion, he is urging young Chanderpaul not to get carried away with whatever early success he may have at this stage in his career.

“The key is to control the excitement and channel those energies into the right place. I would advise him to stay in the moment and not get too far ahead of himself.”