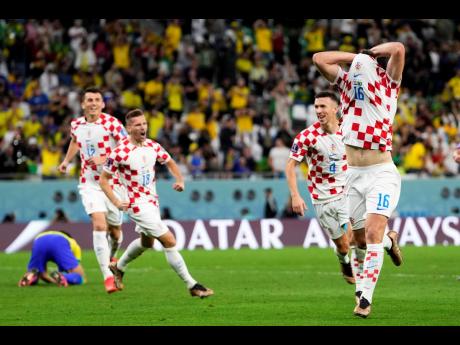 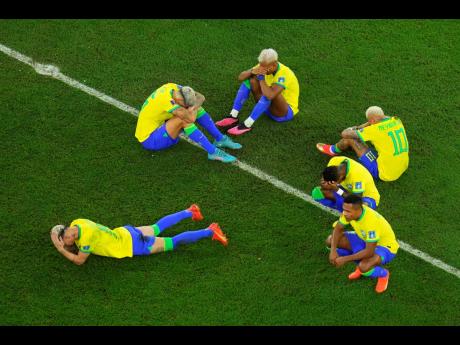 AP
Brazil's players are dejected after losing the World Cup quarterfinal football match against Croatia at the Education City Stadium in Al Rayyan, Qatar on Friday. 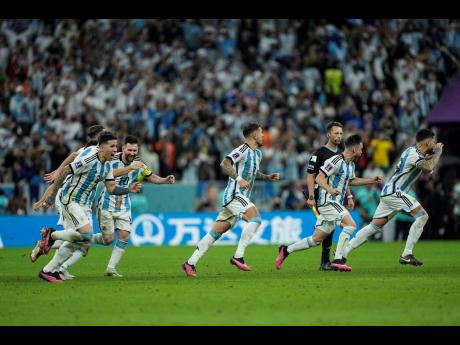 Jorge Saenz
Argentina's players celebrate at the end of the World Cup quarterfinal football match against the Netherlands at the Lusail Stadium in Lusail, Qatar on Friday. 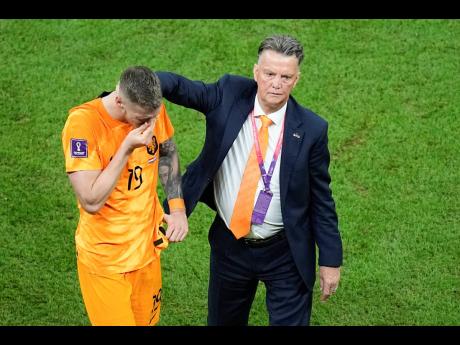 AP
Wout Weghorst (left) is consoled by head coach Louis van Gaal of the Netherlands at the end of the World Cup quarterfinal football match against Argentina at the Lusail Stadium in Lusail, Qatar on Friday.
1
2
3
4

Defying the odds, a Croatian pastime

In one word, Wow.

When commenting on how Croatia have gone about their business, I often refer to them as battle-tested warriors. They entered the 2022 FIFA World Cup in Qatar without the glitz and glamour around them, despite keeping the majority of their squad from 2018 in Russia. The noise, the drama around this Brazilian team was something to behold. For a team that has only passed the quarter-final stage once since 2002, the fanfare would have fooled me into thinking that this Brazillian team had done remarkable things leading into this tournament and that Croatia were heavy underdogs. I had to remind myself that Luka Modric and company have proven that they belong at this stage of the competition. But for the departing Tite, the coach whose name is synonymous with Brazil, I have a few questions.

Why was Rodrygo asked to kick first for your team? Why didn’t Neymar kick? Was he waiting for the final kick of the match? Doubt you’ll answer me. From Trench Town in Jamaica to Sao Paulo in Brazil, fans of the Selecao will have to wait another four years for a country filled with talent to fulfil it. Until then, thanks for keeping the streets of Jamaica traffic and crime-free.

Brazil broke the number-one rule at the World Cup, never take a match with Croatia to extra time and penalties. Neymar's brilliance in extra time, after a diificult game, was cancelled out because Brazil could not lock their defence down in the waining moments. Neymar didnt even get to take a penalty in the shootout. And now if this is his last world cup, he can only reflect on what might have been. But for Croatia, to get to two straight World Cup semi finals with an aging Luka Modric is nothing short of exceptional.

If Argentina win the World Cup, Lionel Messi better ensure that his goalkeeper Emi Martinez never buys a drink in Buenos Aires again. From the crucial save in their round-of-16 win against Australia to two penalties saves against Holland, a game where they coughed up a 2-0 lead with the last kick of the game, he’s been, in a word, heroic. Combined with Brazil's exit, it is music to their ears. It may be Messi's destiny to win this after one of the greatest escapes in World Cup history.

Tite’s talent problem and a deserved win for Argentina

Having too much attacking talent can be a good headache for a coach, however, Brazilian coach Tite appeared confused with his array of attacking stars.

The Brazilian coach's changes in his team's penalty shootout defeat to Croatia in their World Cup quarterfinal, didn't seemed well thought out and was the reason Brazil didn't win the match during normal or extra-time

On the other hand, experience teaches wisdom and the experience of the 2018 finalists, Croatia, who looked unflustered throughout the match, even after going behind, proved too much for the South Americans.

Lionel Messi continues to answer his critics, as another match-winning performance, goal and assist, from the little maestro helped Argentina through to the last four even if they gave up two late goals and had to qualify via penalties.

Although the Dutch put on a brave show, with their late goals, over the contest Argentina were deserved winners.

Costly gaffe for the Dutch gaffer

A certain Louis van Gaal is notorious for making in-game changes that generally lean results in his favour. There was a battle between himself and Lionel Messi, the player, and not Lionel Scaloni, the coach. He sent Nathan Aké to man mark the little magician and it didn’t work.

He can’t be faulted for that, however, he changed the game from one where the technical gifts of his team when compared to those of the Argentines wouldn’t matter. The two were in a stalemate and Messi was the difference maker.

That change, where route-one football and brawn over brains got the Dutch right back into the game.

This is where I don’t get the thinking of the great coach. Why did he go away from a ploy that was working? Argentina were obviously flustered by the aerial balls with Luuk de Jong at 6’2” and Wout Weghorst at 6’5” wreaking havoc on the relatively small backline. The ploy got them back into the game, and then the Dutch went back to trying to play against Argentina in the first stanza of extra time. In the second, they seemed content with going to penalties as Argentina put their foot on the throttle in an attempt not to.