Coley banking on a fit Gabriel to deliver during African tour 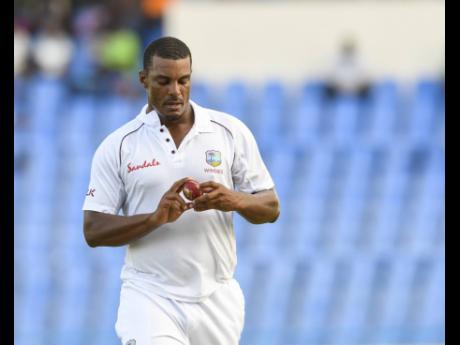 The last time Trinidadian pacer Shannon Gabriel bowled a ball in a Test match for the West Indies was November in the year 2021, with the strapping speedster only sending down four overs in the second innings of the Test, which the regional side lost in Galle, Sri Lanka.

Fast-forward to the present, and Gabriel has once again received the nod to don the maroon colours, with interim coach Andre Coley keeping his fingers crossed that the 34-year-old can hold up for the two Test matches against Zimbabwe. Pacers Kemo Paul, Jeremiah Louis, and Colin Archibald took 20, 18, and 14 wickets, respectively, in the last West Indies championship, but with fast bowler Jayden Seales sidelined and having completed knee surgery, the Jamaican Coley believes having Gabriel back is the right call, despite the fast bowler picking up only one wicket in four first-class four-day games last season.

“There is no doubt that the players that are mentioned would have been in consideration, but the eventual decision was to go with Shannon (Gabriel) because of that pace that he offers, and we all know that a fit Shannon offers that edge,” said Coley.

Coley went on to add that Jamaican seamer Marquino Mindley is also being monitored. He pulled up injured after bowling just two overs in the recent second Test against Australia.

“Coming off the Australia series, he would have had injury concerns, and that is presently being sorted. We want to make sure that whatever process that he is going through, that he is able to complete it and be able to get back to full fitness,” added Coley.

The West Indies will play both Test matches at the Queens Sports Club in Bulawayo, with the first Test running from February 4-8, and the second match from February 12 to16. Ahead of the two-Test Series, West Indies will have a three-day warm-up match against a local side set for January 28-30 at Bulawayo Athletic Club.

The last Test Series between Zimbabwe and the West Indies was also played at Queens Sports Club in October 2017. West Indies won the two-match Series 1-0, winning the first contest by 117 runs with the second Test ending in a draw.