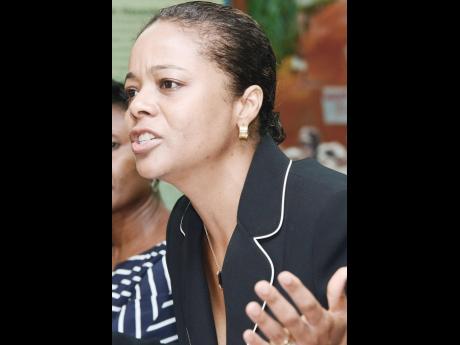 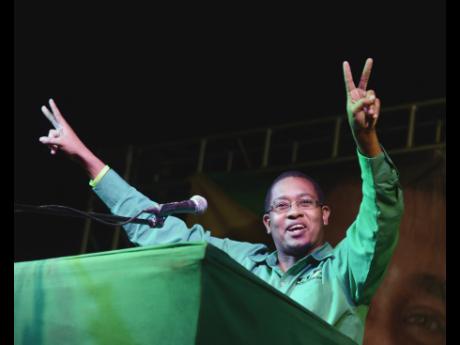 Despite being declared a fallacy by at least one noted political analyst, the notion that 'where the west goes, the rest will follow' was again in evidence on Thursday night, as on its way to winning the 2016 general election, the Jamaica Labour Party (JLP) swept western Jamaica.

In a situation, which closely mirrored the party's 2007 victory, the JLP sparkled in the swing parishes of St James and St Elizabeth, grabbing seven of the nine constituencies. In St James, which they won 3-1 in 2007, they took four of the five seats, while in St Elizabeth, they repeated the 3-1 win they had 2007.

For JLP General Secretary Dr Horace Chang, the party's most senior official in western Jamaica, the victory must be sweet, especially in St James and St Elizabeth, based on his stated expectations going into the elections.

"As general secretary, I have been all over the island, but you see this little corner here, I want the seven seats from St James and Hanover," Dr Chang told a JLP mass meeting earlier this year. "I have a personal interest in taking back these seats from the PNP."

Their decimation in St James, which they won 3-2 in 2011, must be a bitter blow for the PNP to swallow, especially when one consider that their senior statesman in the region, Derrick Kellier, just merely escaped defeat at the hands of the JLP's Homer Davis.

NO CHANGE IN WESTMORELAND

As is now customary when there is a political swing towards the JLP in the region, Westmoreland, which many see as 'safe PNP country', was the only parish to survive the JLP's tsunami, returning all three seats to the PNP.

Based on what unfolded in 2011, the JLP must be particularly thrilled by the success of Marlene Malahoo Forte, who went into West Central St James and soundly beat Sharon Ffolkes-Abrahams 6,589-5,310; and the unassuming Dave Brown, who took out Lucea's mayor, Wynter McIntosh, 6,388-6,023 in East Hanover.

In fact, the victory by Malahoo Forte and Brown seems to fit perfectly into the projection of respected western Jamaica-based political analyst Shalman Scott, who had spoken about about possible surprises on election day.

"While it is still early days, I can tell you from now - I am expecting a few surprises," Scott told The Gleaner early last year.

Over in St Elizabeth, which is usually considered a good gauge of the nation's political pulse, the JLP, led by the flamboyant first-timer Floyd Green, easily reversed the 3-1 defeat suffered in 2011, taking away the seats of Richard Parchment and Hugh Buchanan while retaining the J.C. Hutchinson seat.

"We have a very motivated team of Labour Party supporters, and not only traditional supporters, but a barrage of young people who are very excited about bringing change," said Green, a graduate of Munro College.

If there was any disappointment for the JLP in the west, it would have to be the continued failure by social activist Dennis Meadows to wrestle the North Trelawny seat from the PNP.

"While I am a PNP supporter, I am sad that Dennis Meadows didn't win, especially since his party will form the next Government," a PNP supporter, who asked not to be identified, told The Gleaner. "He comes across as a decent man with good intentions."