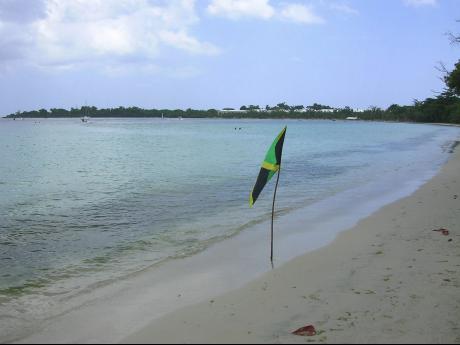 Claudia Gardner
A Jamaican flag is flown at the Bloody Bay Beach in Negril, Hanover. In the distance is the RIU resort. 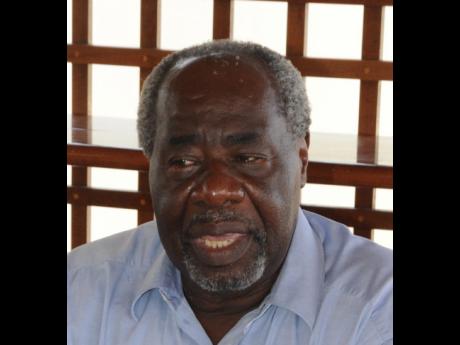 Members of the Negril Chamber of Commerce (NCC) are hopping mad at the Andrew Holness administration for its plans to transfer funds from the Tourism Enhancement Fund (TEF) to the Consolidated Fund.

Two weeks ago, Finance Minister Audley Shaw announced that the TEF was among several state agencies that have "significant financial surpluses", which would be incorporated into the Consolidated Fund. But during a recent press briefing, chamber members contended that what appears to be a surplus, is, in reality, unused monies for incomplete and outstanding projects, many of which were earmarked for Negril.

"I feel, with due respect to the TEF, that those who are administrating and controlling that fund have not really looked at Negril as seriously as they should in terms of implementing those projects. And now, to add insult to injury, the Government is about to move these funds from the TEF to the Consolidated Fund, instead of encouraging those that run the fund to get these projects going that have been sitting on the books now for several years so that we can come into the 21st century ... ," NCC chairman Lee Issa said.

"We are not proud of Negril! It is slowly becoming a ghetto because of neglect. If the fund is dismantled to allow money to be moved into the Consolidated Fund, there is no guarantee the projects will ever happen," Issa stated.

He added: "If the fund is dismantled by the Government to meet budgetary commitments and shortfall, what will happen to the tourist sector and its development? What will happen to the projects to improve and enhance Negril that are desperately in need to keep our product competitive and appealing? We are facing new challenges with Cuba opening up and cheaper offerings from Mexico and the Dominican Republic ..."

Co-founder of the NCC and operator of the Charela Inn Daniel Grizzle says that he has also been concerned that the protracted delays affecting the outstanding projects in Negril would worsen if the conversion of the funds takes place.

"My concern is that there are projects here that are going six, seven years ... . We have had some five projects that have been on the books for years, and we strongly believe that once the Government has touched the Consolidated Fund, first thing you are going to have for a long period is a freeze, where nothing is likely to happen because Government doesn't move fast," Grizzle said.

"So we are looking at losing, at best, another year. We have the crisis of the Norman Manley Beach Park, which is a disaster; we have the fruit and vegetable market, which has been on the books going seven years ...; we have the question of the sports complex for the young people; the craft market, which is a shanty town; the sidewalk for the West End ... . This year is supposed to be our year. We can ill afford to wait any longer," Grizzle said.

Likening the Government's plans for the TEF to an invasion, retired nurse and director of the NCC Elaine Bradley says that she is particularly displeased about plans to extract funds from the TEF, while basic social amenities such as proper health care are lacking in the town.

"I think this Government is going down a slippery slope and they are actually raping the country, especially in Negril. Nothing has been provided to uplift Negril in any way because they are going about raiding. Soon, they will be going into our bank accounts and taking our money," Bradley said.

Proprietor of the Travellers Beach Resort Winfield Wellington expressed disappointment with the imminent plans for the TEF, which, he said, coupled with the recently announced increase in property taxes, would prove disastrous for small hoteliers and the tourism product in general.

"When situations of this nature arise - moving the TEF monies to the Consolidated Fund and the exorbitant increases in property taxes - you have to start wondering, isn't the Government supposed to be here to open up opportunities to small hoteliers? They seem to be operating in a very opposite and controversial way instead of helping us," Wellington said.