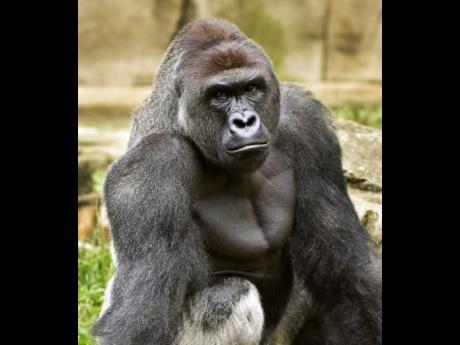 AP
A June 20, 2015 photo provided by the Cincinnati Zoo and Botanical Garden shows Harambe, a western lowland gorilla, who was fatally shot to protect a four-year-old boy who had entered its exhibit.

Police said yesterday they were investigating the circumstances surrounding a four-year-old boy entering a gorilla's exhibit at the Cincinnati Zoo and the animal being shot to death to protect the child.

A federal investigation is also planned.

A federal inspection less than two months ago found no problems with the zoo's Gorilla World exhibit, but earlier zoo inspections reported issues including the potential danger to the public from a March incident involving wandering polar bears.

Hamilton County Prosecutor Joe Deters' office said Cincinnati police are investigating what transpired with the death of the gorilla named Harambe on Saturday. Afterwards, police will talk with prosecutors about whether charges are warranted, the office said.

Police said over the weekend that no charges were planned, but spokeswoman Tiffaney Hardy said Tuesday they are still gathering information on what happened.

Some critics have said the boy's parents should be charged with child endangering, while others want the zoo held responsible for the death of the 17-year-old western lowland gorilla. The boy was released from a hospital later Saturday, and his family has said he's "doing just fine" at home.

Tanya Espinosa, a spokeswoman for the U.S. Department of Agriculture's Animal and Plant Health Inspection Service, said Tuesday that there wasn't an investigation open yet but that it would be looking into the incident for any violations of the Animal Welfare Act.

Zoo director Thane Maynard said the zoo has got a lot of support from visitors and animal experts since Saturday.

Federal reports viewed by The Associated Press showed an inspector warned the zoo that the public could have been "at great risk for injury, harm or death" on March 16 when two polar bears went through an open den door into a behind-the-scenes service hallway. At the time, zoo officials said some visitors were moved for safety as the bears were returned to their main holding area. No one was injured.

Vigil held at Cincinnati Zoo in tribute to slain gorilla