Trump asserts all agree he has 'complete power' to pardon 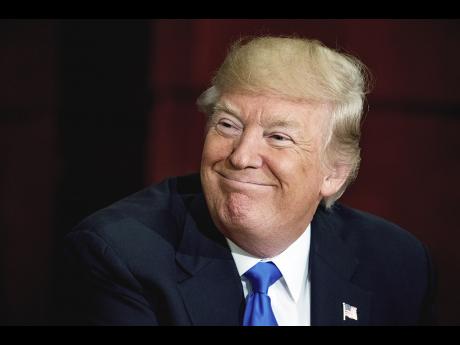 President Donald Trump said Saturday that he has "complete power" to issue pardons, an assertion that comes amid investigations into Russian interference in last year's presidential election. It was one of many topics that appeared to occupy the president's mind as the day broke.

On a day when most people are ready to forget about the issues that nagged them during the week, Trump revved up. In an early-morning flurry of 10 tweets, he commented about pardons, former presidential rival Hillary Clinton, son Don Jr, healthcare, the USS Gerald Ford, the attorney general and other issues.

Trump said in one of his 10 messages: "While all agree the US President has the complete power to pardon, why think of that when only crime so far is LEAKS against us. FAKE NEWS."

The Washington Post recently reported that Trump has inquired about the authority he has as president to pardon aides, relatives or even himself in connection with the widening investigation into Russian interference in the election and whether any Trump associates were involved.

The president has long criticised leaks of information about the investigation, and has urged authorities to prosecute leakers.

Trump maintains that no crimes have been committed.

One of Trump's attorneys, Jay Sekulow, said the president has not discussed the issue of pardons with his outside legal team.

Sekulow reiterated that point Saturday evening. Speaking to reporters at the site of the Western Conservative Summit in Denver, he said that Trump's private legal team is "not researching it because it's not an issue.

"I don't know where this came from. There is nothing to pardon," said Sekulow, who added that "what's going on in Washington is an attack on the president".