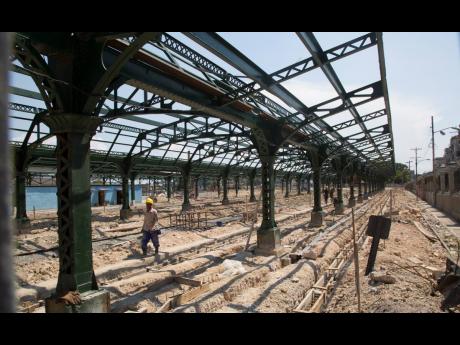 The Associated Press
Workers rebuild and refurbish the central station in Havana, Cuba, Wednesday, May 22, 2019.

Cuba’s railway system is undergoing a major overhaul, with the government pushing a programme to revamp the decrepit and ageing network with new cars and locomotives in the hope of restoring a rail service that was once the envy of Latin America.

Cuba’s Ministry of Transportation took possession on Monday of 80 new Chinese-made passenger cars, part of a promised consignment of 250 rail cars and locomotives the island will receive by year’s end.

At the same time, the government is busy restoring and repairing rail lines throughout the island, some with rusting rails overgrown with weeds or buried under drifting dirt.

But the overhaul will be challenging, government officials acknowledge, even with the new Chinese-made rail stock. The remaining equipment, much of it dating from 1975, lies in disrepair on the sides of railyards as the system has seen the number of passengers plunge in recent decades. Some electric trains that provide local links are completely out of service because of aging equipment.

And restoring 2,600 miles (4,200 kilometres) of track, communications lines and dozens of crumbling rail stations around the island will be a monumental task.

Workers have been restoring Havana’s main rail terminal, an eclectic structure built in 1912, with four floors and a mezzanine, for more than 10 years.

The station’s platforms, which are nearly 1km long, recall a bygone age when train travel was a principal mode of transportation, and the restoration has been a painstaking, and at times frustrating, process, government officials say.