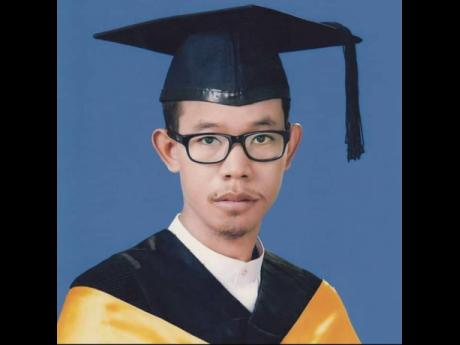 The recent protest movement in Myanmar has been characterised as “leaderless” but in reality, thousands of activists have organised protests in their own communities against the military. Tayzar San is one of these young leaders who have played a pivotal role in this tumultuous time. Tayzar organised the first protest in Mandalay on February 4 and like many others across the country, he is vocal about oppression in different areas of life.

He explained, “These strikes and protests are a spontaneous movement as we, the people, reject the military coup. We are against this agenda, so we feel that we need to protest and strike back.” Tayzar’s role is crucial within his city as he organises the students’ unions, civil societies, political party members, among other groups.

Currently, the civil service is one such stakeholder that has united against the regime. “Most of the civil servants, for example, the medical doctors or school teachers, do not agree with this military coup so they don’t go to their offices, to their hospitals, to their schools,” he expounded. This has had a crippling effect on the regime as offices remain empty, transportation has ceased, and the nation has grounded to a halt.

In an attempt to force civil servants back to work, the military has cut their salaries. To combat this measure, Tayzar mobilised the strike committees to support the workers. He stated, “People are against the military coup. So, they are very welcoming and they support us. If we organise a protest in a location, the nearby people come and join us. They take responsibility for the security of other persons.”

Moreover, innovation has also been used by community leaders. “We are cooperating and collaborating with different ethnic groups in different regions via social media platforms,” he reported. “The problem is that the military junta has now shut down the Internet, but we believe that we can still coordinate via other channels. For example, we can still use telephone calls, text messages, or we can meet in person or use motorbikes.”

It should be noted that leading these protests have come at a great personal cost to Tayzar and his fellow organisers. He revealed that within 45 days since February 1, more than 200 people have died, with more than 2,000 being arrested. This has stirred fear and apprehension among some people, although demonstrations continue throughout the country.

Additionally, more than 3,000 arrest warrants have been issued for protesters like himself. “They have issued a warrant for my arrest, but I am now hiding. I am hiding while also leading the strikes. Mostly, in the daytime I am involved in the strikes and the public demonstrations and then at night I hide. I also change locations from one place to another,” he added.

However, this does not deter him, as he has devoted his life to the cause of democracy. At age 32, Tayzar had the option to practise as a doctor. Yet, he explained, “I did not join the civil service. I am a civil society activist and during my time as a student, I was a student activist … I want to promote democracy and I want to see my country as a peaceful and prosperous democratic nation.”

Although he admits that the conflict has taken a toll on him. “Yes, I am concerned not only for my safety, but also for my colleagues and my friends. Some of my close friends and team members have already been arrested or have died from gunshot wounds. For those arrested, we are sending parcels of food and drink to them. We know they are being interrogated and tortured.”

Despite the challenges, he is confident that the protest movement will prevail. “We will win this struggle because I believe in the power of the powerless, the power of our country’s people. All ethnicities, not only Bamar (the majority ethnic group), but Kachin or other ethnic minorities want democracy. Even if they open fire on us, it would not reduce our struggle. We fear that if we stop our strike, we would have to live in this dark age for our lifetime and the next generation would have to continue our fight.”

He declared: “We think enough is enough. We have already lived under a form of dictatorship for more than 70 years since our independence from British rule. So this is our time, the right time to gain our real independence.” To the international community, he said, “Please support our movement and our struggle. Myanmar is in their darkest hour. We, the people, are dying every day and every hour. Please raise your voice and use your freedom to support us.”