US proposes to increase refund protections for air travellers 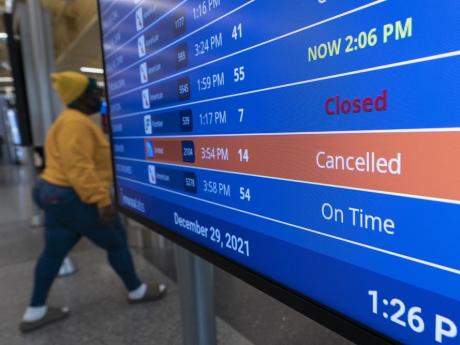 WASHINGTON (AP) — The United States Transportation Department is proposing to require airlines to offer passengers a refund if their flight schedule is changed significantly or the airline makes major changes to their itinerary.

The proposed rule would require airlines to give refunds if their departure or arrival time changes by three hours or more for a domestic flight or at least six hours for an international one.

Refunds would also be due if the airline changes the passenger's departure or arrival airport, adds stops in their itinerary, or causes “a significant downgrade” in the travel experience by switching to a different type of plane.

The rule would apply even to travellers who buy nonrefundable tickets, which usually cost less and are favoured by many leisure travellers.

The proposal comes after the department was flooded with complaints by passengers whose flights were cancelled or changed — or who were afraid to fly during the early months of the pandemic — and who couldn't get refunds.

Airlines prefer to hand out travel vouchers instead of refunds.

The department proposes to require that airlines and ticket agents give vouchers that don't expire for passengers who are told not to travel during a pandemic for health reasons or because borders are closed.

The proposal faces a public-comment period and likely opposition by airlines. Their trade group, Airlines for America, did not immediately comment.

Currently, airlines are required to offer refunds to passengers whose flights are cancelled or significantly changed, but it has never defined a cancellation or significant change. Because of that, airlines have challenged the Transportation Department's authority to force them to pay refunds.