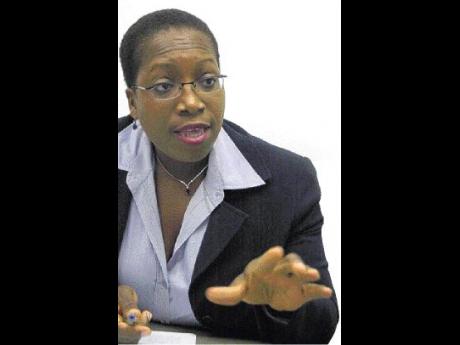 The Jamaica Public Service Company (JPS) says just over 160,000 of its customers will be affected by the special general comsuption tax (GCT) rate of 10 per cent on the consumption of more than 200kWh of electricity per month, but changes will not be reflected on bills until March 2010.

Winsome Callum, corporate communications manager at the power provider, told The Gleaner that all commercial and industrial customers - estimated to be about 60,000, and just over 100,000 residential consumers will be impacted.

Finance Minister Audley Shaw initially announced a 17.5 per cent GCT on electricity usage over 200kWh, but this was reduced to 10 per cent.

An originally expec-ted yield of $1.2 billion now stands at $711 million.

According to Callum, JPS is now revising its billing system to facilitate the changes brought on by the new levy.

"We are working on making the necessary changes to allow implementation of GCT on electricity," she explained. "We are still in discussions with our software vendors on the best way forward."

She added: "However, in accordance with discussions with the Office of the Prime Minister, we are targeting implementation at the start of our March 2010 billing period."

Once the changes are made, operations are expected to flow as normal, with only a financial obligation to account for and remit GCT collected to the Government.

"Other than that, since the GCT means an increase in the cost of electricity, we anticipate greater challenges in collections as well as non-technical losses."

The average bill is not expected to be affected, Callum further stated, as the typical consumption for residential customers is below 200kWh.

Based on current fuel and IPP charge and exchange rates, Callum said a residential customer with 200kWh consumption would see a bill of approximately $5,712.

"For comparison purposes, a customer who uses 250 kWh would pay approximately $7,278 on his or her December bill," she continued.

"Once the GCT comes into effect, you would apply 10 per cent to the 50kWh over the 200kWh threshold for this customer."

She, however, cautioned that the fuel and IPP charge and the foreign-exchange rate change monthly, so the bill for 250kWh usage may be slightly lower or higher in February.