We must save ourselves 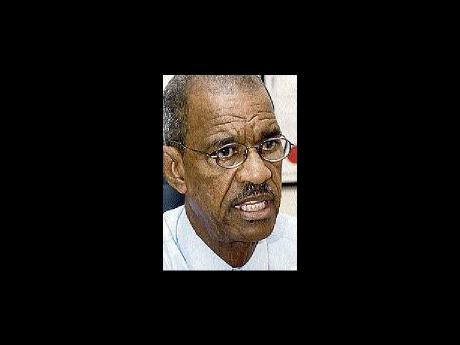 "Jamaica is among the countries which top the list where social unrest is most likely to erupt in the year 2010" - The Economist. This prediction reflects the transformation which has been taking place in our nation for preceding decades, from a caring and concerned, to a coarse and corrupt society, and may prove true because there will be no moral fibre to fall back on in a crisis.

I believe, however, that it is still not too late to prove The Economist wrong - self-preservation still remains the most powerful instinct and we can and must save ourselves.

The national Budget is the method available to governments to compel or persuade its people to contribute to the running of the country and the only group of taxpayers that a government can be certain of collecting taxes from is public-sector employees, since it is the same government which pays salaries and collects taxes from source.

Now, it is one thing if the country, in question, is penniless and the Government is required "to make blood out of stone" - but can anyone honestly say that is the situation here, or is there enough money in the hands, pockets or saving accounts of Jamaicans here and in the Diaspora to make the International Monetary Fund (IMF) irrelevant? If, therefore, the country is on the verge of social unrest, why are we waiting for the Government to fail in its effort to wrest money from our clenched fists, when common sense shows that if they fail, we all fail.

If we are in the deep dilemma that the prime minister describes, why does he not come to us and ask of us a one-off donation of between $1,000 to $1,000,000 according to our means (minimum wage earners could pay $500) and have a two-week drive from Jamaicans (here and abroad in person or by Internet)?

Our most visible workforce (windshield wipers) could start the process by giving $1,000.00 each, and I personally would undertake to round them up from Kingston's major intersections for a symbolic launch of the drive and, thereafter, the leader of the Opposition, the president of the Private Sector Organisation of Jamaica, the Jamaica Employers Federation, the trades unions etc., could all encourage their members to join in to make it a national effort, and, who knows, the current Budget could again be softened.

I know that there are many among us who, at the first sign of unrest, can jump on a plane and escape, but I ask them this: Do you really want to have to do that? Relive the 70s - selling cheaply, relocating everything, starting all over again, then wanting to come back and unable to? Or is it simpler to try to preserve the good life one is living here (and up to now, it is still good). Think hard about it.

Moral of that statement

Many years ago on a visit to Paderborn, Germany, my host pointed out a palatial residence with these words - 'there lives our biggest taxpayer' - the moral of that statement? The wealthy are respected, not resented. Wouldn't it be nice to not only feel secure in our gated communities, but also in our cars? So, come Mr. Prime Minister, talk to us - appeal to the first law of nature - survival. We cannot and do not expect government to do everything. We must be encouraged to save ourselves; after all, the country we save is our own.