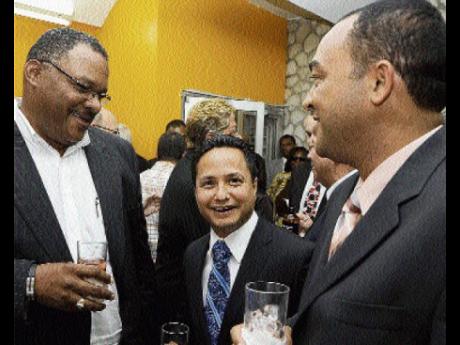 Rudolph Brown/Photographer
Omar Azan, president of Jamaica Manufacturers' Association (JMA), is flanked by Commissioner of Customs Danville Walker (left) and Minister of Agriculture and Land Dr Christopher Tufton as the three men share drinks and a laugh at the JMA Christmas luncheon, held at the association's secretariat on Duke Street, Kingston, December 8.