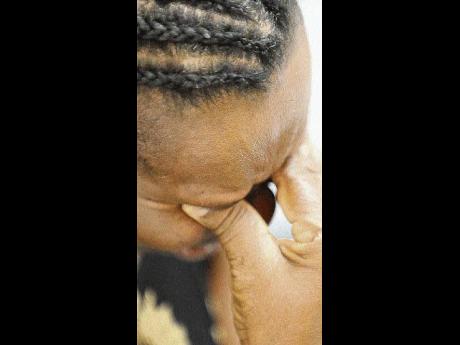 "It's been another bloody year in Jamaica," seems to be a bad cliché that just won't go away.

But with more than 1,600 murders making the police files in 2009, using that familiar line once more is inevitable even as there is the quiet hope that it will not be repeated when this year ends.

With 2.7 million people, Jamaica recorded more than three times as many slayings last year as New York City, which has triple the population.

Last Thursday when he spoke to The Sunday Gleaner, acting Deputy Commissioner of Police Glenmore Hinds said he had not seen the latest homicide statistics, but was aware that they were close to 2005's record of 1,674 murders.

Hinds, who saw measured success as leader of the elite Operation Kingfish, was appointed to head the Jamaica Constabulary Force's operations unit in November.

He was quick to promise the country that reducing criminality will once again be the priority this year.

But Hinds made it clear that the police have not set themselves unrealistic goals.

"We are not going to say we are going to reduce murders by 100 per cent. We know what the policy position is, but we are not setting any targets at the Police High Command," Hinds said.

Reducing crime and restoring public confidence in the police are two of the objectives outlined in October by Owen Ellington, shortly after he was named acting commissioner of police by the Police Service Commission.

Perennial trouble spots such as Kingston and St Andrew, St Catherine, Clarendon and St James again led the way in terms of murders last year and Hinds said the heads of the 19 police divisions have been mandated to reduce crime in their jurisdictions.

"The commissioner has set the strategic priorities, and it's now left to geographical commanders to set their targets for us to have a clear picture of the national situation," Hinds said.

But Hinds and the Police High Command might have more worries as there are fears internationally that drug trafficking could soon intensify in Jamaica and the Caribbean this year.

With Washington focusing its anti-drug efforts on the border with Mexico, where narcotics-related killings also have soared, traffickers are expected to begin sending more drugs through the Caribbean.

"If the problem is not addressed now, traffickers will continue to expand operations throughout the region by exploiting these vulnerable transit routes, undermining local governments and increasing the likelihood of political instability," US State Department official Julissa Reynoso told a US House committee last month.

The Obama administration has asked Congress for $45 million to help Caribbean islands counter any spillover of violence from Mexico.

Last year also saw another flurry of civilian protests against alleged police brutality and Ellington has already made it clear that he wants to move away from those questionable actions this year.

Dr Carolyn Gomes, executive director of the influential human-rights group Jamaicans for Justice, believes getting public support for the police will be significant this year, especially in inner-city communities where the distrust of law enforcement is at its highest.

"Restoring public trust is important if the police are to get an handle on crime," Gomes said. "A lot of this depends on the police. The public has to see that there is an unequivocal attempt by the police to stop abuse and breach of law by their members," she continued.