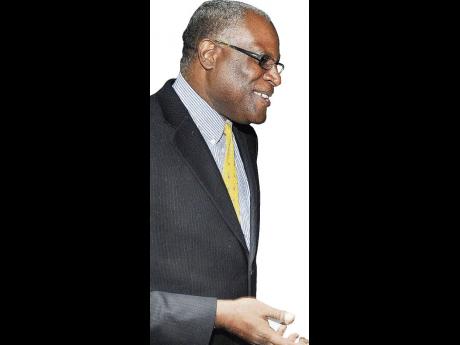 With more than 35 years of service in the air industry, Lieutenant Colonel Oscar Derby is accustomed to the dynamics of turbulence.

But not even that experience could have prepared him for the challenges he faced in his first full year as director general of the Jamaica Civil Aviation Authority (JCAA).

The JCAA dealt with two incidents that made international headlines in 2009. The first was the attempted hijacking of a Canadian airliner by a Jamaican in Montego Bay, St James, in February, followed by an accident involving an American Airlines flight in Kingston last month.

"It has been an eventful year, I can tell you that," the 53-year-old Derby told The Gleaner recently.

"Since Christmas, it's been non-stop work."

Derby was referring to American Airlines Flight 331 which overshot the runway at the Norman Manley International Airport on the gloomy night of December 22. None of the 152 passengers and crew was killed, but 92 were hospitalised.

Authorities said the aircraft smashed through the airport's perimeter fence and missed going into the sea by 15 metres. The JCAA is heading investigations into the accident, with cooperation from the National Transportation Safety Board of the United States and technical teams from American Airlines.

Today, Derby is scheduled to give an investigation update during a press conference at Jamaica House.

The JCAA has come under fire for its handling of the crisis that played out above the Port Royal main road, where the plane came to a hault, with many passengers claiming emergency teams were tardy and unprofessional.

Derby and transport ministry officials have defended the actions of emergency teams, saying they responded within the five minutes required under international standards.

The JCAA was also on the defensive after news emerged that the approach lights of the Norman Manley airport had been out for weeks.

However, Derby says the criticisms have not put added pressure on the JCAA.

"Our responsibility is to come to an accurate assessment. We don't indulge in speculation," he said. "We are not going to make any pronouncements until we know with exactitude as to what caused the accident."

Derby was just eight months into the job as director general when Stephen Fray, an emotionally unstable 21-year-old from Montego Bay, breached security at the Sangster International Airport and attempted to hijacked a CanJet flight destined for Nova Scotia, Canada.

Fray was arrested by a police-military team six hours after he boarded the plane. Derby believes the JCAA earned its wings for its handling of that incident.

"As we know, hijackings can take sometimes days, but we were able to resolve it in about six hours which is quite an achievement," Derby said.

"It's been viewed as a textbook case in how to deal with matters of that nature," Derby added.

Kingston-born, Derby has spent much of his life learning how to deal with matters of airport security. The former Kingston College student joined the Jamaica Defence Force shortly after graduation, spending 27 years in the army, the last 10 as head of its air wing.

His experience in airport security and crash training was gained through courses at the University of Southern California. This month marks Derby's 10th year with the JCAA. He was appointed head of the organisation in July 2008 following the retirement of Colonel Torrance Lewis.

In the wake of the Fray and American Airlines incidents, Derby believes it is critical for airport operations in Jamaica to become multidimensional.

"We have to have a change of mentality of persons within the airline industry. Pilots, air traffic controllers and mechanics will have to be able to report errors and events without any threat of punitive action," he explained.

"We really want to know of all the mistakes now to prevent any in the future."