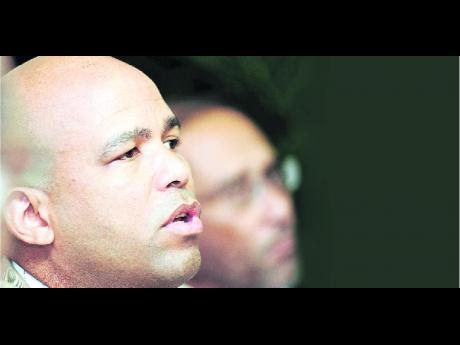 Despite announcing in December that the 10 per cent general consumption tax (GCT) on electricity would be imposed on January 1, the Government is now saying that it never intended to impose the tax this month.

Minister of Mining and Energy James Robertson made the disclosure in an interview with The Gleaner/Power 106 newsroom.

The issue gathered steam as the JPS insisted that GCT could not be applied to residential electricity bills before March of this year. According to the Government, over 140,000 residents would be affected by the increase.

Robertson said while the taxes were announced for immediate effect, the Government was in discussion with the JPS to determine when it would be ready to collect the taxes.

He said the decision was gazetted for February 1 and the Government did not miss an opportunity to inform the public about when the taxes could have been collected.

The Government first announced the tax on December 17 at 17.5 per cent before revising it on December 23 to 10 per cent.

Prior to Robertson's comments, the light and power company indicated that its internal systems would not be able to accommodate the relevant changes before March.

Winsome Callum, corporate com-munications manager at the JPS, said that no discussions had taken place regarding the imposition of a retroactive application of GCT on electricity.

Robertson said that would not happen and blasted Opposition Spokesman on Energy, Phillip Paulwell, who insisted that Jamaicans should not have to pay for what he said was the incompetence and bungling of Government.

The Opposition had said that the Government was now scrambling to implement the GCT on electricity after the JPS confirmed that its internal systems could not be adjusted prior to March of this year to accommodate the new taxes.

The Government has estimated that the revenue from this measure would yield approximately $711 million.