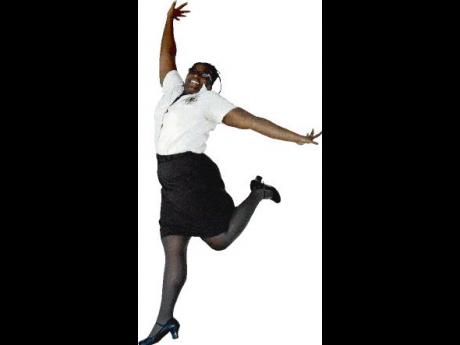 Here are some of the stories which you, our readers, found interesting:

Downsizing, rightsizing, call it what you may, many businesses are taking steps to prevent themselves from capsizing. Here are some tips to help us survive redundancy:

1. No job for life. The modern workplace is unlike the one in which our parents worked. No employer can guarantee a job for life, but they can give us an opportunity to work at one job. Acquire new skills, experience and opportunities which can be used to keep us employed for life.

3. Your feelings are real. When an organisation embarks on a redundancy exercise, workers are overcome by feelings of uncertainty, fear, anger and other emotional distress. Recognise that these feelings are real. A badly handled redundancy exercise can impact staff morale and negatively affect the culture of the organisation. You may need professional help to work through your emotional distress and to help plan your life.

Confident, smiling from ear to ear, laptop opened and grasped in both hands, iPod plugged in her left ear, Tanica Plummer was prepared for her first interview as winner of The Gleaner's Health section's weight -management challenge. "I am so elated. I can't believe that I emerged the winner," she said, as she sat on a stone bench on the campus of the Mico University College in Kingston. A few days earlier, when Tanica was told that she had won, she screamed and came close to shedding tears of joy.

She won the prize of free consultations with health experts in the Health section over a three-month period, March to May. With this expert support and through Tanny's own effort, she was able to shave off 36 pounds over the challenge period, moving from 225 to 189 pounds and surpassing all projections.

In a rapidly developing and changing situation, the world could be on the brink of its first influenza epidemic in more than 40 years. At the time of publication, the World Health Organisation (WHO) was still calling the situation a "public-health emergency of international concern".

The culprit virus is the swine influenza A (H1N1), an emerging new strain of the H1N1 flu virus with genes from human, avian and swine variety flus. Though the virus is spreading from its epicentre in Mexico City across the borders of many other countries, there is some hopeful news from the US Centres for Disease Control and Prevention that laboratory testing has found the swine influenza A virus is susceptible to the prescription antiviral drugs, oseltamivir and zanamivir. Relevant sources say that limited supplies of these drugs are available in Jamaica but that supplies will increase as needed. The health minister, Rudyard Spencer, however, indicated stepped-up monitoring at the island's ports of entry.

Lessons from our athletes (August 26)

Jamaica performed very well in Berlin. There are many lessons to be learnt from their achievements. These lessons are especially relevant for young people.

1. Believe in yourself. The entire team exuded a high level of self-confidence. Many people commented on Usain Bolt's high level of confidence. He believed in himself, but he was not arrogant.

"If you have no confidence in self, you are twice defeated in the race of life." - Marcus Garvey.

"The heights of great men reached and kept were not attained by sudden flight. But they, while their companions slept, were toiling upward in the night." - Henry Wadsworth Longfellow.

3. Good manners. The world has come to admire and adore all our athletes for their good manners and sportsmanship. Our athletes have distinguished themselves as ladies and gentlemen. They are proud but never arrogant. They can be firm but never rude. As the good old Jamaican proverb goes, 'Manners carry you through the world and back without a penny'.

Jamaica has tremendous potential, yet we are still struggling economically:

1. We are structured for poverty: Jamaica always existed as a plantation economy. The social and economic structures were designed to facilitate a few people becoming wealthy while the vast majority were intended to stay poor and provide cheap labour. Slavery has been abolished but the social structure is much the same, and all institutions - church, school and government - still function to maintain this arrangement.

2. Failure of the education system: In 1635, the planters in Barbados decided that they did not want an illiterate labouring population. They established schools on their plantations to teach the negroes. Jamaica only introduced universal elementary education for the negroes in 1835. The system was designed to produce an educated elite, with the vast majority of our people at the bottom with little education.

There has been a lot of talk recently about banned substances in sport. The banned substances (drugs) have the potential to either give athletes unfair advantage by artificially enhancing their performance, or endanger their health. Doping is the use of chemical substances with the intention or effect of altering performance. Many of these drugs and methods can kill. Side effects vary from (increased) masculinity, including permanent deepening of the voice, enlargement or shrinking of organs, fatal liver damage or fatal blood clotting (thrombosis).

Prescribed medications are allowed for certain medical disorders like asthma, epilepsy or bacterial infections. When taking any drug for specific medical conditions, the athlete is required to declare this in writing to the relevant sporting authorities, before competition, and to conform to strict medical supervision. All medical details must be provided.