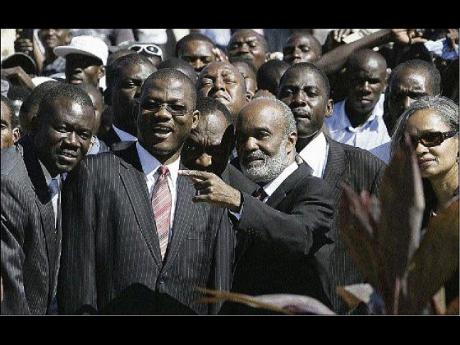 The UN said MINUSTAH is providing secondary support in logistics, security and raising public awareness, "while leaving the primary organising role to the national authorities".

The senior UN official in the southern region, Marco Donati, told a recent meeting to encourage young people to participate in the February 28 polls that it is the responsibility of the Haitian authorities to organise good elections.

"MINUSTAH is merely playing a secondary role in the elections," he added.

The UN said the mission is also helping the authorities to maintain a "stable political atmosphere, conducive to electing the country's legislators."

MINUSTAH has been in Haiti, considered the poorest country in the Western Hemisphere, since mid-2004 after then-president Jean-Bertrand Aristide went into exile amid violent unrest.

Currently, there are more than 9,000 military and police personnel deployed and nearly 2,000 civilian staff, the UN said.

It said the mission plays a "multi-faceted role", ranging from helping to re-establish security in conjunction with the national police force to humanitarian aid and improvement of infrastructure such as roads and bridges.

In a speech marking Haiti's Independence Day, on January 1, President René Preval said the legislative elections will be fair even though a number of political parties, including Aristide's Fanmi Lavalas, had been banned from participating in the polls.