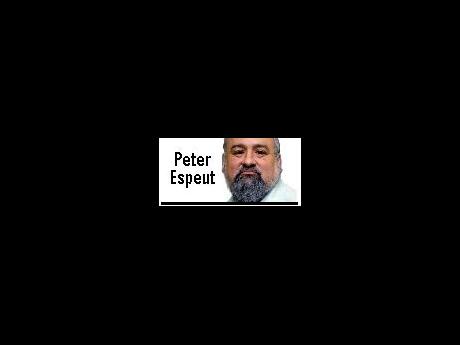 In Jamaica over the last 50 years, political possibilities have been limited by the large number of party diehard ('die-hearted') supporters. These are persons who support their party no matter what it does or how badly it performs, no matter what its election manifesto says, or no matter how corrupt the party members appear to be. These may be persons who benefit or expect to benefit from their party being in power. I have always felt that such persons must have hearts of stone. 'Die-hearted' indeed!

It used to be that each party commanded about one-third of the electorate as diehard supporters, with election campaigns vying for the support of the remaining one-third, consisting of independent-minded voters, who could swing the election either way.

This situation was bad news for democracy. It meant that third parties had little chance of breaking into the electoral system, as the traditional parties functioned as a sort of political closed shop.

Garrison constituencies were an important part of this system, for those seats could be declared for one party or the other even before the polls were declared open. At last count, I believe there were three garrisons for the JLP and eight for the PNP, which means that elections are meaningless in almost one fifth of Jamaica's electoral constituencies.

The present imbalance in the number of garrison constituencies is a function of the length of time the PNP has recently been in power. My guess is that rather than try to dismantle the garrisons, a main goal of the parties has been to increase the number of their garrisons. How so many church people can hold membership in political parties which openly operate garrison constituencies I really do not comprehend. There seems to be some hypocrisy there.

I don't know if it is my imagination, but I detect a sea change in our political climate. I have noticed widespread discontent with how the present JLP Government is operating among persons I know to be JLP supporters, and particularly among supporters of this Government. They are not going to put up with what their party is doing just because it is their party. This must be worrying for the JLP. I am sure that their backtracking on the tax measures was the result of pressure from within their party from the party faithful, and not from anything the PNP said.

At the same time, I notice that the PNP recently called for protests over the new taxes levied by the government, and that the turnout of the party faithful was paltry. This must be terribly worrying for the PNP. I notice that they have called off all further protests, I am sure to avoid further embarrassment.

They smell the political discontent, but for the first time they are not able to translate it into street action. In the past, crowds were available for rent; now that coffers are low the parties will see who is really 'die-hearted' and who was just in it for the curry-goat and the 'Nanny'.

It seems to me that deep support for our two main political parties is waning. I wonder if the diehard supporters of both parties added together currently make up even half of the electorate? Many people voted for the JLP in 2007 not because they were party supporters but because they wanted to get rid of the PNP. No matter how incompetent and inadequate the present JLP government is, the last 18 years of the PNP have made many Jamaicans wary of going back there. The JLP campaigned on an anti-corruption platform. They have been found wanting. There seems little difference between the two Ps.

Possibly, civil society may come into its own and will challenge both parties to dismantle the garrisons and break their links with thugs. There is the possibility that Jamaicans may more loudly raise their voices against corruption.

Peter Espeut is a rural development sociologist and natural resource manager. Feedback may be sent to columns@gleanerjm.com