My Jamaica Dominoes: The game 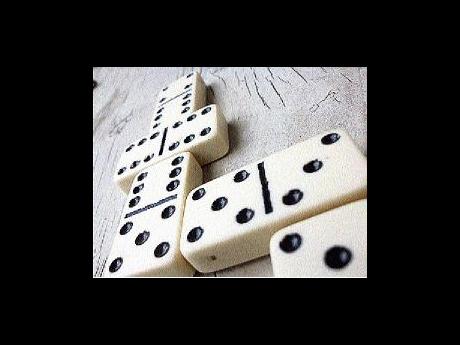 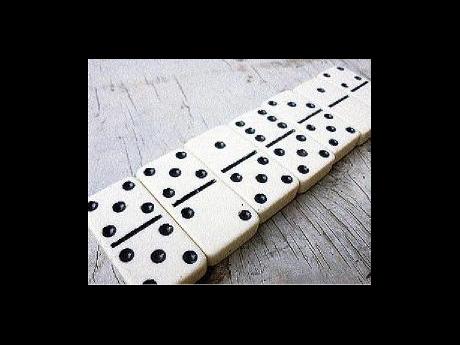 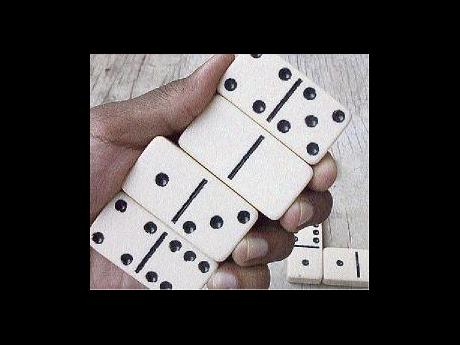 For many years, domino playing has been part of our culture and without any realisation that we have adopted it as we have other practices. The popularity of the game has earned it the right to be recognised as one of the favourites in our country.

OVERVIEW OF THE GAME

Whether it is made from ivory, animal bone or wood, it doesn't matter to us as Jamaicans. It's just the vibes that this game brings to a nine-night, a tournament, or just a lyme, that matters. Dating as far back 1120, it is believed that the concept was derived from cubic dice. Production began in India and was introduced to China. The name of the game was derived from the Latin word dominus - meaning 'Lord or master'. During the 18th century, Europe had its first experience with the game, which became very popular. In the late 18th century, towards the early 19th century, the game was boxed and shipped to the Western world. It didn't take long for it to reach Jamaican shores and people would quickly grasp the concept. The objective of the game is to get rid of all tiles from one's hand and in so doing blocking the opponent.

Partner dominoes - played by four persons. Each person is assigned a partner and is supposed to help his/her partner while trying to get the opponent to 'pass'.

Cut throat - In this form of play, it's each player for himself. Whereas in partner dominoes where each player gets seven tiles, in cut throat it is dependent on the number of players. In the event there are two players, each would get 14 tiles; three players - nine titles each; and four players - seven tiles each.

Explain the feeling that takes over when you win a game of dominoes:

"I become very passionate! I will smash the domino on the table and start shouting mean remarks to my opponents. The feeling is very overwhelming."

"Winning a game of dominoes is, to me, like someone giving me a million bucks. I love playing the game and when I win, I feel out of this word, unstoppable and untouchable."

"Beating my opponent in a game of dominoes is just an OK feeling. It's nothing more than a game for me, whether I win or lose. It's just for fun."

"After defeating the other player(s), I feel like a king! Feel like the best domino player the world has ever seen. It's a joy to win a domino game, especially when it's against a man who is praised because he is good at it."