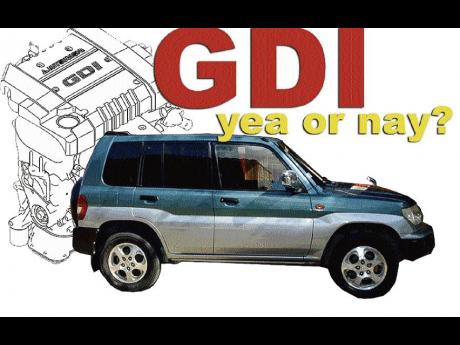 Hello Mario ...Two years ago I bought a 2001 Pajero IO with a 1.8-litre GDI engine. It hasn't given me any problems so far and seems to be OK on gas.

But the unavailability of the old gas has me worried, and now Mitsubishi's statement on the GDI's incompatibility with E10 is giving me grey hairs.

What are GDI owners to do, and will additives help? No one seems to have any concrete answers for me; I'm not a technically savvy woman and would appreciate it if someone can explain the problem - if there is one - in terms that I can understand.

Bear with me. When discussing things of a technical nature, it is not always easy. E10 is a sore point for many motorists. It is heartening that you as a woman want to find the truth - instead of falling prey to the double speak that sometimes surrounds this topic.

I will try to deal with the facts, explode some of the myths, and predict possible consequences, as I see them. Some of my observations will be specific to your GDI engine.

Ethanol is hygroscopic (attracts water). E10 advocates will tell motorists that the older fuel has the same affinity as the new blend; while this is debatable, it is also a fact that the so-called 'phase separation point' - the point at which the water comes out of solution and forms a distinct layer - happens much sooner with the older gas than with E10. When this occurs, the engine stops. Your engine cannot run on water (at least not yet!).

Methyl tertiary butyl ether (MTBE), the older additive, does not 'drop out' of solution when its saturation point is reached. Just the water comes out. While this is not good when it happens, the consequences to the engine should be far less than it running on water contaminated E10; in the case of E10, the water is dissolved in the fuel in greater quantities. This lowers the octane rating of E10 much more appreciably than is the case with the older fuel. Engines need a fuel with a minimum octane rating with which to run without damage.

Since the gas used to make the fuel is initially at a lower octane rating - (as low as 84 octane) — ethanol is used to bump up this number to saleable levels.

As the fuel becomes more waterlogged, the octane rating proportionally decreases until the ethanol drops out of solution. This ethanol can be burnt in the engine; it has a high octane number. But, because it carries more oxygen, it can throw off the vehicle's computer fuel calculations and most likely cause an engine shaped light to glow on your dash, necessitating a trip to your service facility to rectify. The remainder of the fuel could theoretically be at octane levels that your engine cannot tolerate.

Ethanol is corrosive, and will cause elastomers - the rubber material that makes up the seals in your engine's fuel delivery system - to swell and leak if they are not designed for it. It can also attack certain metals such as brass and aluminium (a lot of carburettor components are made from these) over time, rendering parts made of these metals unserviceable.

Petrojam has countered this by adding an anti-corrosive agent to the blended fuel, so this is less of a problem here. E10's corrosive and solvent properties do clean the engine though, to the point that it will loosen deposits in the fuel delivery system. If your car has been maintained properly, these deposits should be minimal and pass through the vehicle without problems, but if there is a lot of gunk, it can be problematic as this residue can clog filters, injectors, etc. Not something you want.

E10 gas is less oily than the older gas. For conventional vehicles with fuel injection, this isn't much of a problem. GDI engines, however, use a mechanical pressure pump to drive up the fuel pressure to a very high level. This pump needs to be lubricated, and this lubrication comes from the gas. Theoretically, because of the lack of oiliness, the parts in this VERY expensive pump might over time succumb to accelerated wear - the pump might not last as long as it would if it were given its proper diet of fuel.

Mitsubishi, through Motor Sales, the local dealer, has said that the engine should be operated on a blend containing no more than three per cent ethanol.

Blended gasolene has different chemical properties from the previous product. MTBE gasolene is, (a) slightly more dense than the newer product and, (b) contains more energy. (MTBE burns at a rate that makes more power). (A) Might cause your gas gauge to read erroneously, especially if your car uses capacitance tank sensors to send fuel level. (B) Can lead to your car burning more fuel per kilometre.

What does this all mean for the GDI engine? Mitsubishi's alluring little four cylinder has a lot going for it. Its high compression ratio (12:1) and lean burn characteristics make it very sensitive to low octane gas. However, it does have special safeguards to deal with this. During lean burn, low load operation, the computer fires the injectors twice per four stroke cycle; a short burst during the intake stroke and a long duration pulse for power.

The intake shot cools the incoming air gas mix, and makes it less prone to detonate - which is why it can get away with that very aggressive compression ratio and abnormally lean (one part gas to up to 60 parts air) mixtures. But if the fuel it burns drops below 87 octane, serious damage can occur.

Being a Japanese domestic market product, your marvellous Mitsu has to be environmentally friendly (due to strict Japanese environmental laws). Because of this, it is designed to use fuel that is has a low sulphur content. High compression ratios, while making the engine more powerful as high combustion pressures favour a more complete burn, also increases nitrogen oxide emissions, which is an environmental hazard. Engineers combated this by adding a specially designed catalytic converter - a device that reacts with engine exhaust to decrease pollutants - to reduce the levels of this noxious gas.

All that sulphur ends up in 'converter, clogging it over time, reducing efficiency terribly and other attendant problems. This is one of the reasons why the local dealer will not carry GDI cars new.

With the choking of the converter comes the choking of the engine - carbon deposits can cover the combustion areas, the backs of valves, etc. These deposits, when exposed to ethanol, can again - over time - soften and fall on to the piston, where during the combustion process they can cause the sort of preignition that results in engine failure. There is also the issue with the oiliness (or lack thereof) of the gas.

Are these engines ticking time bombs? Theoretically, they should be - but the theory doesn't always carry over in practice.

Many GDIs are happily running on E10 since it was introduced last year. If E10 90 is used, it seems to delay the onset of symptoms. The truth of it - If your car is well maintained, then the deposits should be minimal, and the car should be asymptomatic.

The inverse definitely applies! Long term, the oiliness/elastomer problem the manufacturer outlined is worrying as the pumps are hugely expensive if purchased new.

If your car has made it this far without derivability issues (surging, bucking acceleration, hard starting in the mornings, etc.), chances are that you will have problem-free motoring for some time to come. Maintain your car, run E10/90 - especially if you live in the hilly, cooler interior - and I'm betting you'll be fine.

Have technical automotive questions? Need to track down that elusive part number? Need to know which parts can be cross-referenced - even across brands? Send your mail with UNMUFFLED in the subject area along with the question framed in 150 words or less to mario.james@gleanerjm.com.

One letter will be published every week.