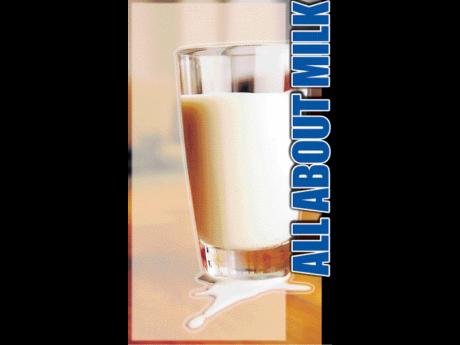 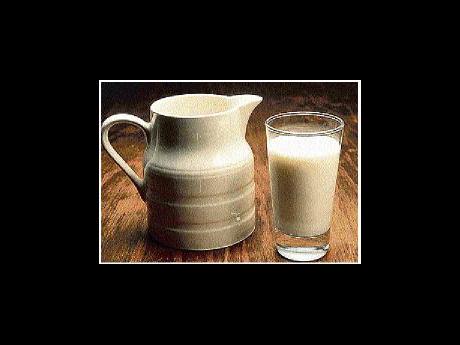 Milk is an age-old food that has nourished generations of people. Answers.com defines milk as a whitish liquid containing proteins, fats, lactose, and various vitamins and minerals produced by the mammary glands of all mature female mammals after they have given birth and serves as nourishment for their young.

The milk of cows, goats, sheep, water buffalo, camel or other animals, has been used as food by humans.

It is believed that humans began drinking milk of other mammals around 9000 BC soon after the domestication of animals.

Whatever the source of the milk, unheated, unprocessed milk has been a safe, reliable food source for a good, long time. Even in the tropics, and centuries before refrigeration, raw milk was an important food source for many cultures. By exploiting the preservative benefits of fermentation, primitive peoples were able to preserve a great food for better use, turning it into yogurt, cheese or butter.

As a result, safer versions of milk were produced. It was the French chemist Louis Pasteur who discovered how to heat and cool wine and, later, milk to destroy any harmful bacteria.

The pasteurisation process used high temperatures for a short time in which milk is heated to a minimum of 161°F. and held for 15 seconds for milk to be refrigerated for a shelf life of two weeks.

At ultra-high temperatures, milk is aseptically sealed in boxes so that for the entire life of the milk, it will be free from germs and will withstand room temperature for 90 days or more.

Evaporated or condensed milk is pasteurised and homogenised to remove 60 per cent of the water which makes it lasts unopened at room temperature for one year. Adding sugar to make sweetened condensed milk allows it to be kept for two years.

Powdered dry milk is pasteurised and homogenised with 95 per cent of moisture removed to allow it to keep for a year without refrigeration.

Protein supplies eight essential amino acids from which the remaining 12 to 14 are made via complex metabolic pathways in the cells. About 80 per cent of the proteins in milk are reasonably heat-stable and, for most, easy to digest. The remaining 20 per cent are classed as whey proteins, many of which have important physiological effects.

An important factor in milk is lactoferrin, an iron-binding protein, which is critical to the absorption and assimilation of iron. It provides anti-cancer properties and anti-microbial action against several species of bacteria responsible for dental cavities. Recent studies also reveal that lactoferrin has powerful antiviral properties as well. Milk also contains immunoglobulins or antibodies which provide resistance to many viruses, bacteria and bacterial toxins and may help reduce the severity of asthma symptoms.

Lactose, or milk sugar, is the primary carbohydrate in cow's milk. It is the lactose which makes milk difficult to digest. Lactose is digested to form lactic acid which aids in the absorption of calcium, phosphorus and iron and has been shown to make milk proteins more digestible.

Two-thirds of milk contains saturated fats. Although saturated fats have been given a bad rap, they play key roles in the body including construction of cell membranes and key hormones to provide energy storage and protect delicate organs as well as serving as a vehicle for important fat-soluble vitamins.

Children's diets rely on milk as a nutritious beverage. Milk, plain or flavoured, and dairy foods provide over 70 per cent of calcium for children's nutrition. Milk is a natural, nutrient powerhouse that helps build strong bones and better bodies.

School-feeding programmes, which usually include breakfast and lunch, should do more than staving off hunger but should help meet a child's nutrient needs and maximise his or her potential for learning. It has been established that eating breakfast and lunch is associated with improved academic performance.

Children may suffer from an allergy to milk, a common problem among children. Although cow's milk is the usual cause of milk allergy, milk from sheep, goats and buffalo also can cause a reaction. There are two types of protein in cow's milk that can cause an allergic reaction. The first is casein which is found in the part of the milk that curdles (curd) and the other is whey which is the liquid part of milk that remains after milk curdles.

Reactions to milk may be quick after consumption and signs and symptoms of milk allergy include wheezing, vomiting, hives and digestive problems. Later allergic reactions include loose stools which may contain blood, diarrhoea, abdominal cramps, coughing or wheezing, runny nose, watery eyes, itchy skin rash, often around the mouth and colic in babies. Rarely, milk allergy can cause anaphylaxis, a life-threatening reaction that can narrow the airways and block breathing. Avoidance is the primary treatment for milk allergy. However, most children outgrow a milk allergy by the age of three.

Casein and whey are found in processed foods. Hidden sources of milk products may be harder to identify when they are used as an ingredient in processed food products ranging from sausage to breakfast cereals. These foods include whey, casein, ingredients that contain the prefix 'lact' - such as lactose and lactate, candies, such as chocolate, nougat and caramel, fat-replacement products, such as Simplesse, protein powders, artificial butter flavour and artificial cheese flavour. Even if a food is labelled "milk-free" or "non-dairy," it may still contain allergy-causing milk proteins so be sure to read food labels carefully.

Some research suggests breastfeeding during the first four months of a baby's life instead of giving a standard cow's milk formula can help prevent milk allergy. Breastfeeding is the best source of nutrition for children. Experts recommend breastfeeding for at least the first four to six months of life if possible, especially if your infant is at high risk of developing a milk allergy. Your doctor may also recommend eliminating cow's milk from your diet while nursing your baby if you have a strong family history of food allergy.

Not everybody can drink milk as a result of a condition known as lactose intolerance, a condition in which the body is unable to digest milk due to a deficiency of the enzyme lactase which converts lactose (milk sugar) to glucose so it can be absorbed into the bloodstream. The lactose which is not digested stays in the stomach and ferments and causes nausea, gas or cramps. The condition may be inherited though not often common at birth.

Milk is reduced through long, gentle cooking to make delicious desserts such as ice cream or a Latin American favourite in which sweetened milk is cooked down to a sticky, satiny caramel. Caramelised condensed milk is an heirloom favourite as a topping for desserts.

At this time of recession, it is cost-effective to make your own condensed milk. It is quite simple to make and does not require expensive ingredients.

Note: Mixture will continue to thicken.

The condensed milk can be transferred to an airtight container and refrigerated for up to two weeks.