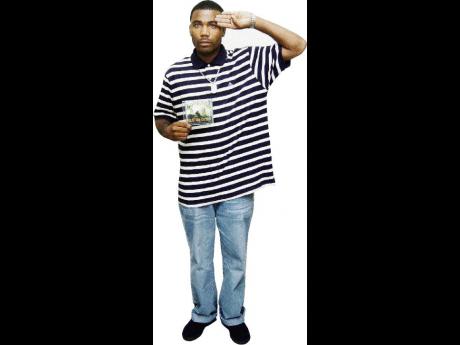 JEROME YOUNG used to write "violent" lyrics, and would now like to use his life experiences to speak out against violence in schools.

Young, a Jamaican who fought in the war in Iraq for the US Army, aims to target teenagers in schools. Hoping to start in inner-city communities and work his way around Jamaica, Young said he feels young people will listen to what he has to say.

"I think people will listen to me because [they] will realise I've been in the combat zone. I was physically there," he said.

Before heading off to Iraq, as part of a special unit transporting government officials into the Green Zone, Young said he used to write "violent" and "street" lyrics.

"That was the stuff I could relate to," he said. "Since I went to war, my whole view of life has changed drastically," he added.

In a Gleaner interview, Young said he was speaking out against the entertainers who were promoting aggressive and harmful lyrics in their music.

"Music is power and people really rely on music for inspiration and deliverance.

"Yes, [violent] lyrics sell, but you're selling your soul."

The National Youth Parliamentary Watch has outlined the lack of strong parenting as one of the reasons for violence in schools, as well as poverty and low education levels.

The group, which was established in November last year, reviews all bills and policies before Parliament and critically evaluates them.

'Gaza' and 'Gully', scribbled across Jamaica, are two prominent words that come up when violence in schools is discussed.

Young said based on his experiences, violent lyrics were more popular than songs about Jamaica's culture.

Young is set to complete his stint at the Institute of Audio Research in New York, after which he said he hopes to be financially stable enough to make the trip to Jamaica. He plans to conduct a series of lectures and performances.

"I represent Jamaica and wherever I go in the world, I symbolise Jamaica.