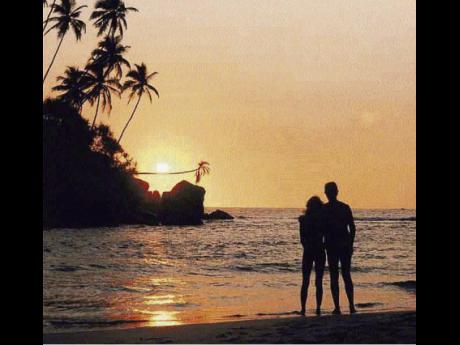 Q Doc, I am a guy who is planning to get married after Easter. But I am a little worried about something.

You see, nine years ago, when I was 18, I had a brief sexual relationship with a girl in Sav-la-Mar. That was my first time, and it lasted precisely one night.

I felt OK afterwards, and did not have any sickness. Since then, I have not had sex with anyone, even my fiancé. She says she is keeping herself pure for our wedding night.

Now what is making me fret is this. Could I have acquired any sexual infection, like VD, from that one-night stand in Sav-la-Mar?

If so, is there any danger of passing it on to the girl I love on our wedding night?

A This is a good question. I am sorry to hear that you have been fretting, but I hope I will be able to set your mind at rest.

If you were a woman, I would unhesitatingly say that you COULD have picked up a sexually transmitted infection (STI) on that night long ago in Sav-la-mar. And I would have said that you could still be harbouring the germs in your body.

My reason for that comment is that females do very frequently pick up an STI without realising it, because they may well have no symptoms at all. And those germs may continue breeding around their ovaries and tubes, deep inside them, for many years, until eventually they start producing real nasty symptoms.

However, in MEN the situation is different. Guys don't have a lot of internal sex organs which are easily accessible to germs. As you know, in guys most of the sex organs are visible from the outside!

Two consequences flow from this. Firstly, if a man catches any STI it usually produces obvious symptoms, though NOT invariably so.

Secondly, although the guy may have silent germs breeding internally in his body, that is not too common.

So what I am telling you is this. You have no recollection of getting any symptoms of VD when you were 18. So the odds are that you didn't catch anything

Also, it is a little unlikely that you have any 'bugs' breeding inside you now, especially as you have not had sex for nine years.

Now I have to admit that there is a small possibility that I could be wrong. But the chances that you caught anything during that 'night of passion' nine years ago are fairly small.

If you are in any doubt at all, do please go and see a doctor and have the necessary tests, including an HIV test.

I wish you well with your forthcoming wedding, and I hope that your marriage will be very happy.

Q Doc can you answer a question which has been troubling me for some years? I am female, and in my mid-20s. I have read extensively about sex.

Now from a lot of the books I have read, it would appear that women are like men, in that when they reach an orgasm, they should always produce a jet of fluid.

I am very alarmed to say that I do not do this! Never in my life have I produced fluid at the moment of discharge.

So is there something serious wrong with me?

A I do not know what books you have been reading, but I suspect that they may be pornographic stories, rather than medical textbooks!

Unfortunately, the authors of these books often know NOTHING at all about sex, and just repeat what they have read in older works of pornography.

In particular, most of these guys think that all women squirt a jet of fluid when they 'discharge'. This is simply not true.

The facts about this phenomenon of 'female ejaculation' are these. A small proportion of females DO produce a small 'squirt' of fluid whenever time they reach orgasm. But the vast majority do not.

However, a number of women do report that it has happened to them 'occasionally' or 'sometimes' during their lives.

But in one large study conducted in the United States, around 400 women were observed by scientists in the lab as they climaxed. None of them produced any such secretion.

Nevertheless, when they get excited, virtually all sexually-active ladies do produce pretty continuous lubrication from the glands of the vaginal area. That is quite a different matter from female ejaculation at orgasm.

So the important thing for you to realise is that you are NOT abnormal. If you want to know more about this subject, just type the two words 'female' and 'ejaculation' into Google. You will find that there are nearly half a million entries on this very controversial subject.

Q I am a guy of 28, and although I adore women, and find them very attractive, I have been impotent all my life.

Would this be psychological? And could I get treatment?

A Sorry to hear about your difficulty with erection. It could be psychological, but I think you now need a full physical and emotional assessment by a doctor, including hormone tests.

I have seen one or two men who had erectile dysfunction (ED) all their lives, but who responded very well to Viagra or similar medication. So there is a good chance that your doctors can help you enjoy a sex life and maybe have children.

Q I last saw my menses in May. There has been nothing since then. I assure you that I have not had sex for over a year, Doc.

So what is going on?

A Possibilities include anaemia, psychological strain and hormone problems, particularly ones connected with the ovary or the pituitary gland. You MUST get this problem diagnosed and cured, so please see a doc as soon as you can.

Q I fear that the reason I have not managed to get my wife pregnant is that I am not producing enough semen. Could this be due to the fact that I smoke?

A Yes. Research shows on average, smokers ejaculate only 1.9 ml. of fluid. The average for non-smokers is 3.2 ml.

So try and cut out those cigarettes now!

Q I am a virgin. Could I use tampons? I am fed up with using uncomfortable sanitary towels!

A Yes, a lot of virgins use internal protection. When you first put the tampon in, you will probably break the thin membrane called 'the hymen' (or 'virgin's veil').

So you might notice a few spots of blood, or experience a very small amount of pain.

Please follow the instructions in the manufacturers' leaflet very carefully. Wash your hands before putting the tampon in. Also, you might like to lubricate the tip of it with clean petroleum jelly (vaseline). Good luck.

Q I am a guy of 20. For moral reasons, I am trying to avoid pre-marital sex.

But will this do my health any harm, Doc?

A None whatever. Contrary to what a lot of people think, guys do not HAVE to have sex!