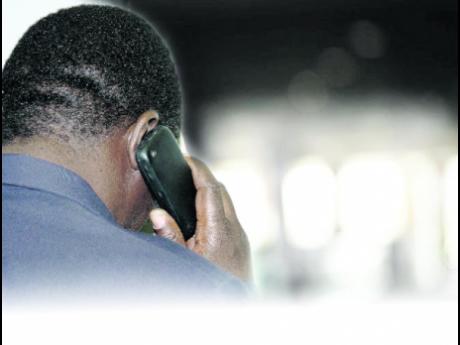 CHIEF WATCHDOG of the country's contracts-award process, Greg Christie, has revealed that the sham contractors implicated in the National Housing Trust saga are just the tip of what appears to be the colossal iceberg of shady service providers getting government contracts.

Christie, the contractor general, told our news team that his office had forwarded the files of a number of "irregular contractors" to the police.

But head of the Fraud Squad, Superintendent Colbert Edwards, believes there might be a single link to all the cases on his desk.

"We are seeing similarities and we will have to be using our handwriting experts to determine if that is so," Edwards told The Sunday Gleaner.

Edwards said the he would be summoning the skill of his handwriting experts to crack the cases that had been sent to his team by the Office of the Contractor General (OCG).

According to Christie, continued vigilance would unmask more sham contractors. In a written response to questions from The Sunday Gleaner, Christie outlined that "since mid-year 2009, the OCG has sent several files to the police for investigation and possible criminal prosecution of the contractors involved and other persons who may have been criminally implicated".

He added: "Many more contractor re-registration applications have been pulled from the system and are currently being investigated or scrutinised by the OCG."

In the interim, and in keeping with the prescribed rules of the National Contracts Commission (NCC), none of the implicated contractors will be able to secure re-registration. Christie also said, as a consequence of being barred from securing re-registration, none of them will be qualified to receive further government contracts.

There are approximately 2,400 registered contractors on the NCC's Register of Contractors. In 2008, more than $50 billion of taxpayers' money was paid to these contractors via the award of contracts for the procurement of goods, works and services.

"If government contractors are not properly certified to be competent, experienced or technically, professionally and financially resourced to execute or to perform the government contracts that are awarded to them, then value for the taxpayers' money will never be assured," Christie noted.

He continued: "Additionally, it goes without saying that contractors who are sham contractors, or who are not appropriately qualified, should not, in the first place, be receiving government contracts."

In the meantime, Edwards also divulged that some of the implicated contractors were contending that a former OCG employee had been paid to offer assistance to prop up and push their documents through the registration processes.

According to Edwards, the investigations are ongoing as Fraud Squad operatives are still collecting statements, including verification of qualifications, from the relevant universities.

"We have seen on some of the résumés that these persons (contractors) are not as qualified as they say they are," the superintendent revealed.

"That was where the corruption came in," Edwards pointed out.

He also revealed that some of the contractors already interviewed by his team were "claiming ignorance of" the fraudulent paperwork sent to the NCC.