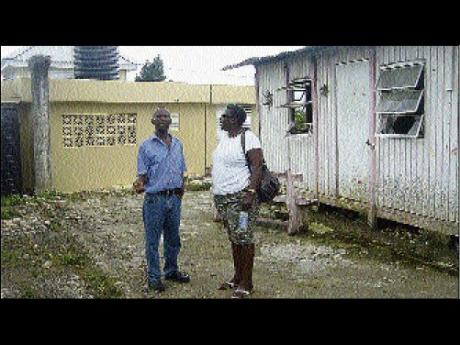 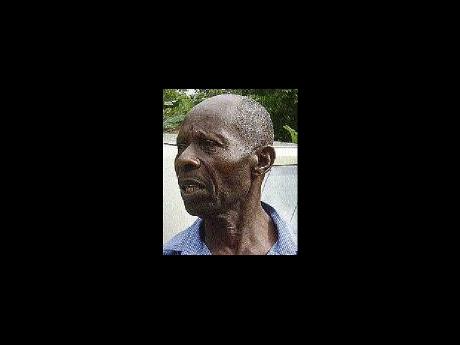 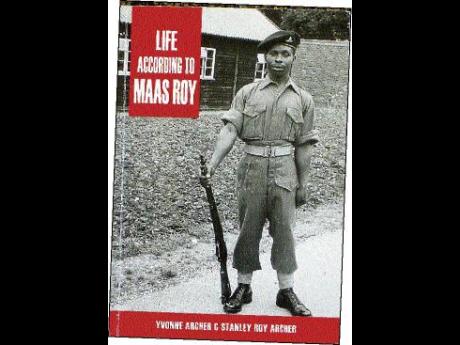 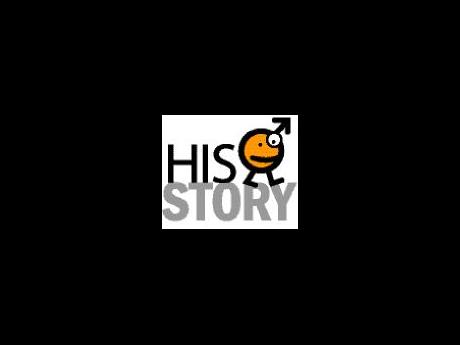 Maas Roy in conversation with Lorlett Hudson, visiting from England. Behind her is the dilapidated health centre in Jeffrey Town. To Maas Roy's left is the new centre whose construction he coordinated through the Jeffrey Town Farmers' Cooperative.

Stanley 'Maas Roy' Archer left Jamaica in 1954 for England en route to Canada to get rich quick. After living in London for a little under two years, he was drafted by the National Service and sent to Cyprus as part of a peace-keeping battalion in the civil war between Greek and Turkish Cypriots, Cyprus being a colony of Britain then.

After many heroic trips on the 'Murder Mile' as a driver and collector of dead bodies and body parts, he returned to London to continue his dream. His 1969 marriage to Hortense Wright failed, and he was left alone to raise his daughter, Yvonne. He visited Jamaica in 1972, 18 years after he left. His father had died by then. Another marriage in 1982 failed, but life went on. His mother died in 1984 while he was visiting.

In 1989, he relocated to Jeffrey Town, St Mary, where he was born. But it was not to a life of retirement and getting ready to meet his maker. As it turned out, he was to transform Jeffrey Town in ways previously thought unimaginable. Now, he's a hero once again, this time in his own corner of the universe.

When he had returned, not much in terms of social amenities had changed in Jeffrey Town, a vibrant farming district, high in the cool hills of western St Mary. Never theone to sit waiting for things to happen, the next phase of his life was about setting the community in motion and, for the last 20 years, the projects that he had either initiated and/or significantly contributed to have made the quality of life much better for residents.

First was the idea of a farmers' cooperative, in which farmers would plant their produce in stages and not all at once, so that there was not glut or scarcity. This would engender year-long instead of seasonal cultivation to meet the demands of customers, including north-coast hotels. The idea was well sold and the Jeffrey Town Farmers' Cooperative (JTFC) was born and is still a vibrant organisation with strong community support.

The absence of piped water peeved Maas Roy so much that the JTFC gave up on the National Water Commission and sought and got help from then councillor Robert Montague through funding from the United Nations Development Programmes, which provided funding for two pumps only. Terrence 'Terry' Gillette, who was then the member of parliament, provided the pipelines. With Maas Roy leading the way, volunteers cleared the land and laid three miles of pipelines in the community.

Another matter of great concern to him was the poor physical state of the health centre housed in a prefabricated plywood structure of the kind that was distributed to people made homeless by Hurricane Gilbert. The ramshackle building is still in use but, through the efforts of the JTFC, there is now a new centre sponsored by communication giant Digicel and the Culture, Health, Arts, Sports and Education Fund, coordinated by Mass Roy.

Prior to the construction of the new centre, which is yet to be furnished, Maas Roy used his building and plumbing skills, as well as his own money, to construct a 'flushing toilet' for the old centre, since it was mainly used by pregnant women and babies.

"Because he felt it totally unfair for pregnant women in the area, who didn't have the ability to travel to other, more well-equipped clinics, to have to use an old pit toilet," Yvonne says in Life According To Maas Roy, the book they have co-written.

In addition, the pig, goat, poultry, dairy, rabbit, cassava, banana and pepper projects; the annual breadfruit festival; the multimedia centre, sponsored mainly by the United Nations Scientific, Educational, and Cultural Organi-sation; and Jet 88.7FM, a community radio station, are the doings of Maas Roy and the JTFC.

Maas Roy's hard work has not gone unnoticed, and the saying that a hero has no honour in his land does not ring true for him. In October 2000, he was awarded the St Mary National Heroes Day Award for service in the field of community development. Two years later, in April, he won the first prize in the St Mary Agricultural Show for eastern Jamaica.

The Jamaica Agricultural Society and the Rural Agricultural Development Authority had recognised him for the cross-breeding of a South African goat with the common Jamaican one. In 2006, Maas Roy and the JTFC earned the Michael Manley Foundation Award for community self-sufficiency. October 2008 saw him receiving a Jeffrey Town Education Association award for outstanding service to his community.

When The Gleaner visited Maas Roy on Thursday, December 31, we saw a sprightly 77-year-old who has the vim and vigour of a 17-year-old. He is still an active farmer, living on acres of fruitful lands. The man was warm and inviting and, after a delectable meal of yam, cooked breadfruit and salt-fish 'run dung', he gave us a grand tour of the community where there are still many family ties.

It would not be a bad idea to rename the district Maas Roy Town, for his fingerprints are all across the green and tranquil community, parts of which are perched on a hill, giving a panoramic view of the surrounding hills and valleys. But for now, he's the unofficial mayor of Jeffrey Town.