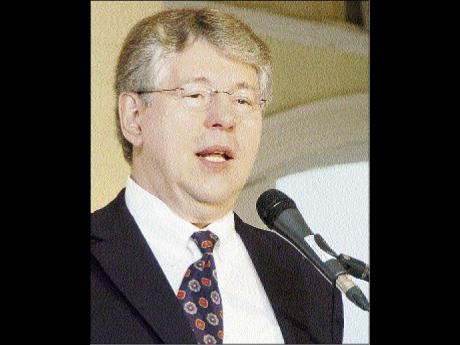 "One might say who is correct? Do business firms have a direct feel for the pulse of the economy or does the consumer?"

The indices, which surveyed some 100 local companies, found that business firms were optimistic about making a profit during the next 12 months.

"From the low point in the first quarter of 2009, it improved by 41 per cent," said Curtin. "If you were looking at this, you would get the sense that most Jamaican businesses expect the traditional 'v' shaped recession and we will race out in recovery."

Firms were also pessimistic about opportunities to profit from investments. Thirty per cent of firms in the quarter under review indicated positive investment plans. This was less than the 40 per cent recorded in the third quarter. Only 41 per cent planned investment in plant and equipment during this year.

Fifty-eight per cent of all business firms expected substantial improvements in their balance sheet, which was more than twice the 24 per cent recorded at the start of 2009.

"They expect the downturn to continue," Curtin said. "In this last survey, 92 per cent said jobs were not available and they complain about smaller incomes and remittances, and their spending power have declined," said Curtin of the 604 consumers surveyed.

One might say who is correct? Do business firms have a direct feel for the pulse of the economy or does the consumer? - Curtin