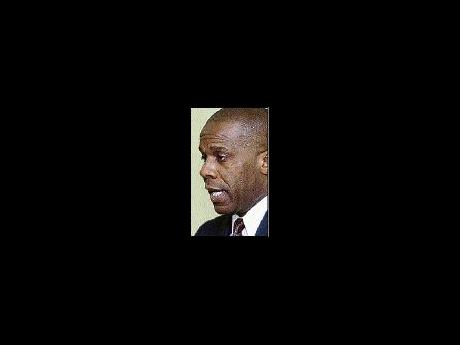 Contractor General Greg Christie yesterday disclosed that his office had turned over to the Fraud Squad 74 exhibits of evidence on the suspected National Housing Trust (NHT) contract scam.

Christie disclosed that 41 pieces of the exhibits were handed over on Monday at a meeting involving officials of the Office of the Contractor General (OCG) and an investigative team from the Fraud Squad, headed by Inspector Horace Forbes.

They included originals of the complete contents of the official National Contracts Com-mission files which are maintained at the OCG for the five alleged contractors involved in the matter.

The Fraud Squad has also received reports on the delibera-tions of the seven meetings convened by officials of the OCG with representatives of the five contractors, between December 22, 2009 and January 4, 2010.

The OCG also presented reports on the deliberations of the four meetings convened by officials of the OCG with four staff members of the NHT, between December 29, 2009 and January 5, 2010.

Additionally, Christie's team turned over reports on the deliberations of nine meetings, convened by senior officials of the OCG with certain OCG staff members between December 28, 2009 and January 4, 2010.

The police also received audio recordings of the entire procee-dings of all of the above-referenced meetings.

"It is also instructive to note that included in the foregoing exhibits are the audio recordings of the statements which were made by one of the five contractors concerning the involvement of one Mr Rodney Chin in the activities of the contractor's business," Christie said.

Christie said the decision to make public information on the ongoing investigation was made after the life of one of the OCG's senior officials was threatened on January 5.

Christie promised that in the coming weeks the investigation would include an assessment by the OCG of the NHT's adminis-tration of its small contractors programme.

He said several documents regarding the programme have already been secured from the NHT by a team of OCG inspectors, who conducted an unannounced audit at the NHT's head offices on January 8.