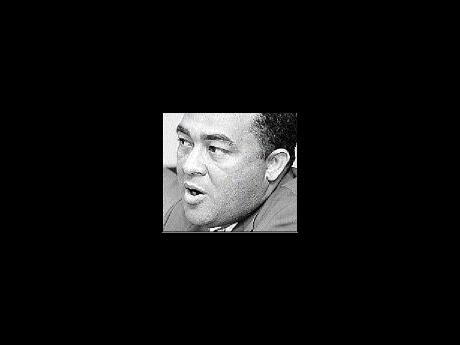 AGRICULTURE MINISTER Dr Christopher Tufton has said sentiments could not keep the sugar industry afloat but argued that the focus must be on sustainable economic endeavour.

"The sugar industry cannot be approached in a sentimental or emotional manner anymore. There is no accommodation for that. It has to be an economic endeavour to determine sustainability," Tufton declared during a tour of the Monymusk sugar estate in Clarendon last week to witness an early start to the 2009/2010 sugar crop.

John Gayle, chairman and general manager of the Sugar Company of Jamaica Holdings, led the tour of the facility.

Gayle told The Gleaner that some $500 million was spent to rehabilitate the factory.

He defended the use of cane cutters as opposed to mechanical reapers (harvesters) and said that cane farmers preferred to use people as it reduced fuel costs.

Gayle also disclosed that cane cutters could earn more than $18,000 per fortnight.

HUNDREDS OF residents and motorists who were marooned yesterday following landslides at Rivers View in the Rio Grande valley of Portland are now able to travel freely following a clearing exercise by the National Works Agency (NWA).

Torrential rainfall Saturday night and on Sunday led to two landslides in that area.

In the first incident, motorists and residents were stranded after mud, stones and a huge tree blocked a section of the roadway at River View.

The earth and debris were, however, partially cleared by a resident who owns a backhoe and heavy-duty equipment. Single-lane traffic was allowed access but another landslide made the road impassable.

"I was asked by a friend and other persons to clear the roadway," said Nicholas Ramdeen, backhoe operator and resident. "I hurriedly went on the scene as I had also learned that persons, who attended a funeral in the upper Rio Grande valley, were stranded," he added.