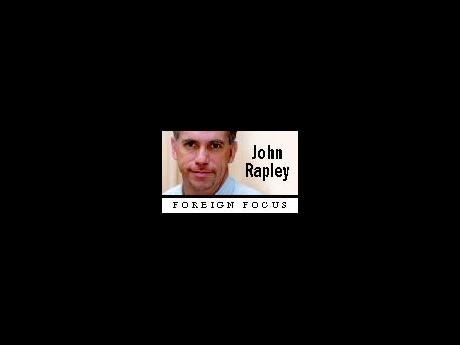 To: Iris Robinson, MP; Belfast, Northern Ireland. Dear Mrs Robinson: Let me begin by congratulating you on your charm, not to mention your stamina. It's not very often that a 60-year-old manages to bag a teenage toy boy.

Yet, while I have the utmost respect for the ageless cougar, I am nonetheless forced to ask, what were you thinking when you started your affair with this very young man? Had you forgotten you did not live in France, but in Northern Ireland? That very religious land, where political sex scandals are punished harshly? That you belonged to the Democratic Unionist Party, that bastion of austere Presbyterians? That you'd built your political career on family values and trashing homosexuals? That you had publicly declared the government's responsibility was to uphold God's laws? And that your husband's role as first minister of Northern Ireland might be drawn into question once word got out that he wasn't - ahem - keeping the home fires burning?

And did it not occur to you that because your right-wing husband was under siege in your Democratic Unionist Party by an even more right-wing faction, that they might seize this opportunity to unseat him? And that if his government fell, the already threatened transfer of policing power from London to Belfast might be cut short? And that if that happened, the whole Northern Ireland peace process might come to a halt?

You may not understand why your Republican, Catholic foes believe so strongly that this transfer would have shown that Britain's attempt to hand over the reins of power is real, but they do.

In short, did it not seem, as you took this 19-year-old lad "under your wing", that your slide down the banister might send the fighters back to the barricades? Even then, perhaps your compatriots would have been willing to forgive your bout of madness, were it not that you also used your political influence to wrangle some loans from political clients to help the boy open a café. And, now that it looks you kept some of the money for yourself, your enemies are salivating.

Death was an easy way out, Mrs Robinson. I feel for the pain that led you to attempt suicide when your family found your explicit correspondence with the boy. No doubt a husband who went to work as usual and cracked jokes with colleagues the morning after you tried poisoning yourself was a difficult man to live with. You are clearly a troubled woman.

But you seem also to be a pretty daft one. Leaving your husband carrying this can seems a tad selfish. Was there really nothing left to live for after you broke up with the boy you'd known since he was little? You have created this mess; surely you could have stuck around to help clean it up?

I naively believed the Good Friday peace process might succeed in bringing peace to your war-torn little land. It was on shaky ground already, and maybe it was going to die anyhow. Your fellow citizens can only hope that maybe, just maybe, your husband's decision to step aside for six weeks while he clears his name of any wrongdoing in your and your lover's financial affairs; and that your party's decision to give him full backing, might just rescue his government.

He will probably be finished off in this year's elections. But, with your party's support, he may survive just long enough to bring about the critical devolution before then.

And then, maybe you can sign a book contract and go on the talk-show circuit. It seems to be about all that's left for you now.