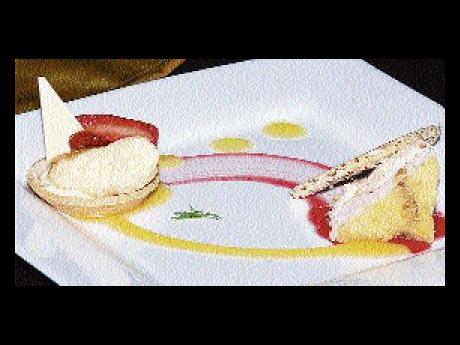 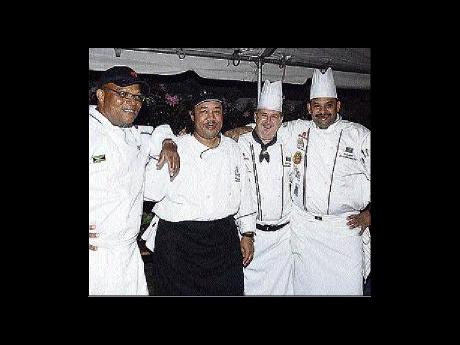 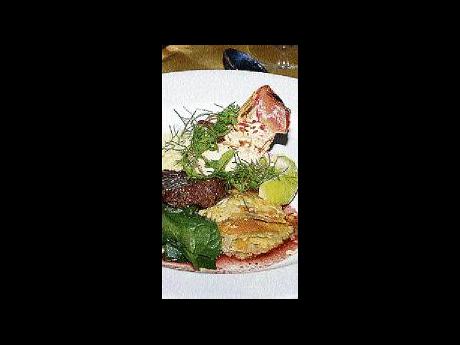 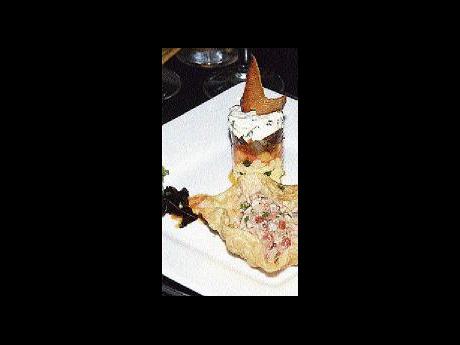 The team which prepared the feast included chefs Steve Sowa, Ravi Anne, Martin Maginley and Gilbert McKenzie. The team prepared an exotic three-course meal befitting the golden event. Chef Sowa was the team leader and oversaw his colleagues as they showed off their skills in the kitchen. Wine experts, Debra Taylor, Christopher Reckord and Paul Hansworth, were responsible for pairing wines with each dish.

Chef Maginley took the back stretch with a big and boldly flavoured dish: vanilla and coriander smoked beef, accompanied by a sorrel hibiscus and rose pepper jelly with a coconut saffron and cilantro lobster with yam, dasheen and pumpkin cake. It was paired with Trapiche oak cask malbec, Argentina 2007 wine.

Chef McKenzie took the curve with an exotic Tia Maria marinated fruit served with chocolate shortbread with mango colis, and a cassava cheesecake with june plum sauce and coconut fingers. This was ideal with a Storrs Viento Vineyard Gewurtraminer USA 2006 wine.

The anchor leg was the awards for male and female athletes of the year. Not surprisingly, for some, Usain Bolt and Shelly-Ann Fraser received the top honours in the respective categories.

Beef anyone? Chef Martin Maginley served up a vanilla and coriander smoked beef in a sorrel, hibiscus and rose pepper jelly; accompanied by a coconut saffron and cilantro poached lobster with yam, dasheen and pumpkin cake.