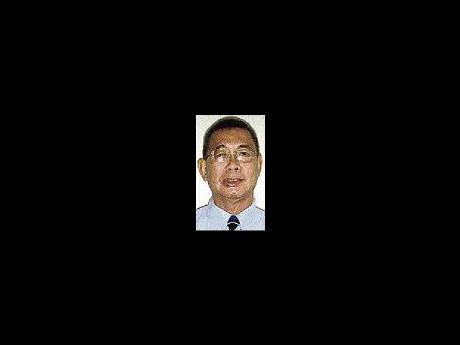 
The purpose of a free market is to drive down prices while increasing the quality of goods or services. Through free competition among vendors for the provision of products and services, prices tend to decrease, and quality tends to improve. While free market is not to be confused with a perfect market, where individuals have perfect information and there is perfect competition, in the case of the retailing of gasolene, we can get as close to perfect as is practically feasible.

Gasolene prices are displayed at each gas station and do not tend to be hidden. I must advise, however, to check the actual price at the pump used as I experienced a gas station in Moneague charging almost $4/litre more than what was displayed on its sign.

Over the years, I have been puzzled by the high variance in the price of gas at the different service stations throughout Jamaica. I wondered what would be the possible savings using the most expensive versus using the cheapest gas available.

Last Sunday, I took one of my daughters and two nieces on a two-hour drive around Kingston and Portmore and, with their help, noted the prices displayed at a number of service stations. The result of this survey is exhibited in the attached table. I was amazed to find that the range/potential saving was so great. I had expected that the difference from highest to lowest would be under five per cent. The actual difference obtaining between the highest (Total - Manor Park) and the lowest (Shell - Upper Waterloo) was 8.65 per cent based on 87 octane gas.

Based on 90 octane gas, the potential savings is much more at 10.42 per cent. That is comparing the highest (Total - Manor Park) to the lowest (Total - Half-Way Tree Road).

Which of us wouldn't like the seller "tek off a smalls" on everything we bought? Well, we can, in a sense, get more than a "smalls" if we shopped sensibly for gas.

This savings in actual dollar amount is even greater for heavy users of diesel, like minibus, truck and SUV drivers, who tend to use much more diesel. The 9.24 per cent savings of the highest (Texaco - Trafalgar Road) versus the lowest (Texaco - East Street) translates to many more dollars.

It is important to note that prices change from week to week, but one can get a feel for the general pricing policy of particular gas stations. For instance, my observations tell me that those gas stations in the Cross Roads/Slipe Road/Heroes Circle area tend to have the lowest 87 octane gas week after week. Curiously enough, those same gas stations tend to also have the cheapest 90 octane gas and diesel, or at least within a few cents of the cheapest.

My formula for saving on gas is first to use only 87 octane. Then plan to go in the Cross Roads/Slipe Road area at least once per week. Note that I rarely make a trip down that area just to fill up. I go there because I have another reason to be there so that I do not travel more than half mile extra to save on gas. Because 87 gas prices tend to be within cents of each other at these stations, if one gas station has a line, I just go to another. Next, I try to make the other mission coincide with an almost empty (or at least a less than half) tank. As my wife drives her own car, sometimes when travelling in that area, I will take her car and fill it up.

The Ministry of Transport and Works listed the number of licensed cars and trucks in the four major parishes of Kingston and St Andrew, St James, St Ann and St Catherine in the year 2000 at 218,740. If one assumes that the rest of the island accounts for 15 per cent more motor vehicles, and that the number of motor vehicles has increased by over 50 per cent since, that means the total number of licensed motor vehicles is, at present, over 375,000 (218,740 x1.15x1.50 = 377,326). If every motorist were to save $11,700 per year, the total savings would be over $4.387 Billion with a capital "B".

Note that while this survey was conducted around the Corporate Area, the savings are similar or even greater in other areas of the island.

The 90 octane gasolene is actually required by less than 10 per cent of vehicles on the Jamaican roads. Yet, over 15 per cent of motorists use 90 octane. Using 90 octane when 87 will do does not amount to giving your car a treat. It amounts to wasting money. There still exists the potential of further savings if these motorists were to switch to 87 octane. The same survey of gas stations shows that the maximum difference in price between 87 octane and 90 octane at the same gas station is some 10.3 per cent (Texaco - 27 HWT Road). While the difference between the highest 90 and the lowest 87 is some 13.8 per cent.

Egerton Chang is a businessman who may be contacted at e_rider69@hotmail.com. Feedback may also be sent to columns@gleanerjm.com.