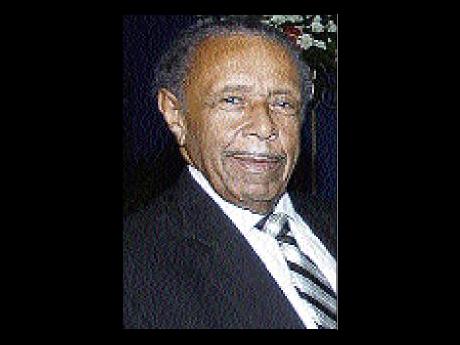 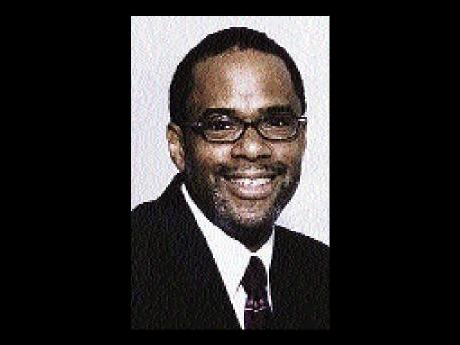 What seemed like a cruel joke is now a humbling experience. So said Stephen Bell, regional vice-president of Seaboard Marine. The experience which Bell referred to is having his father, Robert Bell, a veteran in the shipping industry, report to him, at least on paper.

Stephen, who has been working in the shipping industry for 22 years, admitted that his career in shipping was sort of a "back-door deal", as he was hesitant to follow in the footsteps of his father. "Robert Bell, in the Caribbean, is a giant. I asked myself then, should I go and follow this man? What if I turn out to be a dud? Eventually my self-confidence developed and I said, who better to teach me than Robert Bell?" Stephen admitted.

In his illustrious career, Robert Bell has made an indelible mark on the local shipping industry. It began in the 1950s at Standard Fruit and Shipping. He later moved to Sprostons during the building of Port Esquivel for the alumina industry. In 1963 he joined Western Terminals and became the first local general manager.

The senior Bell witnessed changing tides in the industry with him being involved in the completion of Newport West berths 1-4 of the new port (Port Bustamante) and the arrival of the first vessel MV Marion. He also was instrumental in the inauguration call of the first roll-on and roll-off operations at berth one with the MV Jamaica Provider.

He served as chairman (president) of the Shipping Association of Jamaica (SAJ) between 1974 and 1975. During his tenure as chairman of the SAJ, the association took over security at the wharves to combat the narcotics problem which had become a national issue. The Government also accepted the proposal that vessels no longer needed to stop at Port Royal before clearing the harbour. SAJ opened a statistical department to provide useful data on vessel arrivals and departures.

Having witnessed, first-hand, the time and dedication his father put into his job, son Stephen opted to chart a different career path in the field of entertainment. He worked successfully in the field for two years.

Though he didn't work in the shipping industry, Stephen modelled his father's professionalism in his career choice. "He is truly a gentleman and I have tried to be as such. He dresses well and, to this day, I still wear my suit to work. Those are the things I took from him in the early days, I believe that if you look the part, people will respect you and that's half the battle," Stephen said.

Much like the prodigal son, however, in 1987, young Bell accepted a job offer as a management trainee at Seaboard Marine in Florida under the stewardship of the late Senior Vice President John Lynch.

Accepting the job at Seaboard Marine made father and son competitors. Stephen was a rating clerk at the time while father Robert was senior vice-president for rival firm Kirkline. The company was later bought out by Seaboard.

"I was a rating clerk. Which simply means that when a bill of lading came in I put the cost of shipping that container, stamped it and sent it off. I think that's the best area you can start in the shipping industry, because you learn your customer base and the niche of the market that you are in," Stephen said. A year later he was promoted to pricing manager and later transshipment manager.

Stephen left Seaboard and returned to Jamaica in 1993 to learn a different side of the shipping industry. This time his teacher was Charles Johnston, executive chairman of Jamaica Freight and Shipping. "Charles Johnston taught me the business side of the shipping industry," Stephen said. The lessons learned under the guidance of Johnston brought out the entrepreneurial side of the younger Bell, who later started his own shipping agency in 1996. That agency now operates as a non-vessel operating common carrier.

A man of the Caribbean, Robert Bell was instrumental in port development in various Eastern Caribbean Nations. He was instrumental in transporting containers to St Lucia and assisted with locating a shore crane for the Port of Antigua. Additionally, he assisted Bermuda with the organisation of their maritime operations and labour management as well as the handling of containers. He also worked with various port authorities in Antigua, Barbados, St Lucia, Guyana, Suriname, Trinidad and Tobago French Cayenne and St Maarten to develop their labour practices and container management systems.

Much like his father, Stephen wanted to contribute to the development of the Caribbean maritime sector and chose the Caribbean Shipping Association as his platform to do so. He was general manager from 2003 to 2008.

Stephen continued to make strides and later returned to Seaboard in 2008 as regional vice-president, where his father, Robert, is the vice-president of operations. "The circle is now joined. Robert Bell reports to me, and that's the funny part. From being wary about following in his footsteps to, now on paper having him report to me, is very humbling," the younger Bell said.

According to Stephen, there is a natural change happening across the world, the children of the baby boomers are now leading the charge. As such, he plans to continue his work in the Caribbean maritime sector. As far as his work goes, he said, "I haven't even started yet."