Vivian 'Yabby You' Jackson passes away 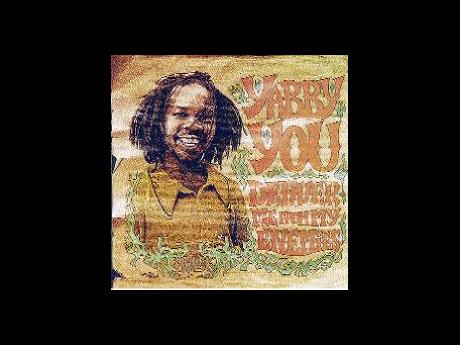 Yabby You's album cover 'Deliver Me From My Enemies'

Vivian 'Yabby You' Jackson, the visionary producer/singer, has died. His close friend and musician, Leroy 'Horsemouth' Wallace said Yabby You passed away last Tuesday in May Pen, Clarendon, from an aneurism. He was 63 years old.

Musicologists rate Yabby You among the great dub artistes of the 1970s, alongside Osbourne 'King Tubby' Ruddock and Augustus Pablo. His 1975 debut album, Conquering Lion, has been described as a 'true cornerstone of Jamaican roots music' by British reggae historian, Steve Barrow.

Yabby You was born in the Waterhouse community of Kingston and began recording in the early 1970s when roots-reggae was taking off internationally. One of his first songs was Conquering Lion which was recorded at Dynamic Sounds with Wailers bassist Aston 'Familyman' Barrett, guitarist Earl 'Chinna' Smith and Wallace on drums.

The song was a hit with hardcore roots fans, and set the tone for Yabby You's reputation, locally and overseas, as an underground act.

Although he wore locks and regarded himself as a Rastafarian, Yabby You considered Jesus Christ as God, hence his other moniker, Jesus Dread. Most Rastafarians recognise the former Ethiopian Emperor Haile Selassie I as the Supreme Being.

Wallace, who worked on many Yabby You productions, said he was "a great thinker".

"He was controversial to some, but popular with many. Yabby had a lot of fans in California and all over Europe," Wallace said.

Early in his life, Yabby You was hospitalised and treated for malnutrition and also suffered from arthritis. The latter resulted in him using crutches for most of his life.

Despite his physical impediment, Yabby You recorded profusely. He worked with established musicians, including King Tubby, Sly and Robbie and saxophonist Tommy McCook, a founding member of the legendary Skatalites band.