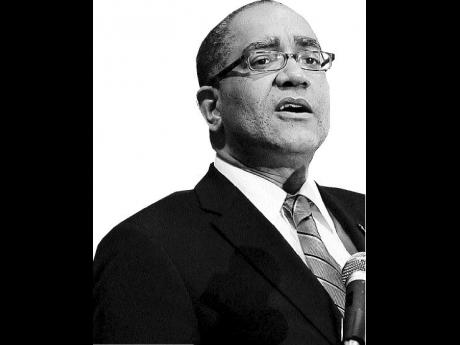 The structural reforms coming for the financial system, including new controls on fiscal policy, will create a better balance for the execution of monetary policy that allows price targets to be set and maintained, Bank of Jamaica Governor, Brian Wynter, said Tuesday.

"A lot of what is possible is attached to these structural reforms," said the central bank chief on the first day of the weeklong Fifth Capital Markets and Investment Conference of the Jamaica Stock Exchange in Kingston.

Wynter spoke just hours before Finance Minister Audley Shaw presented an overview of the fiscal programmes to Parliament that seek to establish a new model for budgeting and expenditures that is meant to make Government work more efficiently and within the confines of its limited resources.

Wynter said a system which implements controls on debt and treasury operations will reduce inflation, exchange rate and liquidity uncertainties.

"As the economy expands, the spreads attached to government's global bonds will fall. This will encourage a virtuous cycle accompanied by institutionalised fiscal discipline," he told conference delegates.

"Following structural and legal changes, the BOJ will be in a position where it can adopt a monetary approach to fiscal discipline, for example, inflation targeting. We at the bank have been prepared for such an approach but, until now, we have not had the requisite legal and fiscal changes to pursue such a course."

Inflation targeting would allow the central bank to use interest rates and other monetary tools to steer towards a predetermined inflation target.

Jamaica's new outreach to fiscal responsibility is a requirement of the International Monetary Fund as pre-condition - among many others - for J$802.5 million special drawing rights (US$1.25 billion) to buffer the country's Balance of Payments.

Wynter said the Jamaica Debt Exchange Programme (JDX), which is meant to save government J$40 billion to J$42 billion, as well as the country's long-awaited medium-term economic programme, would present Jamaicans with difficult choices but were needed for Jamaica to start its recovery.

"For three quarters in 2009, the decline was 2.9 per cent, the sharpest contraction in years. Export earnings declined by 28 per cent, goods exported, by 54 per cent and remittance inflows to November 2009 contracted by 12.7 per cent. Consequent on the downturn, the unemployment rate also increased to 11.3 per cent as of July 2009 up from 10.7 per cent in 2007," Wynter said, reeling off the statistics to demonstrate the depth of the recession.

The BOJ governor said Jamaica was not in a position to adopt countercyclical or expansionary monetary strategies in its early responses to the crisis because of the structural weaknesses and imbalances of the economy, which in turn were exacerbated by the global downturn.

"These imbalances persist in the form of a high deficit in our current accounts, a high fiscal deficit and a high debt to GDP ratio," he said.

Instead, the initial response was to restrain foreign exchange and capital flows, he said, and then, as the market stabilised and inflation declined, the bank unwound its monetary response at a "terrible price" in the form of high interest rates.

"Monetary policy was all that was left in the toolbox. Now a correction is required, but it cannot be achieved without a fundamental change," Wynter said.

"Fundamentally, we need to maintain stability of the macroeconomic environment, low inflation, low interest rates and a stable financial system. Thereby, the risk of volatile prices will be reduced so that entrepreneurs can focus on long-term planning, innovation and execution. Stability will also help companies to compete effectively with their external counterparts."

The central bank has been unwinding rates since last July, and has cut signal rates within a range of 10.5 per cent to 15 per cent.

The JDX, crafted by the fiscal authorities, has repriced domestic bonds at around 12.25 per cent on average. Jamaican bondholders have until January 26 to subscribe to the offer.

The medium term economic programme, he said, is aimed at serious reduction of the nominal debt, and reducing the ratio of debt to GDP.